Bulgarian and Macedonian companies want to do more business together and make new investments in each other’s markets since the two countries signed a friendship treaty in August 2017, business organizations say.

A recent survey by the Bulgarian Chamber of Commerce and Industry showed the number of Bulgarian companies expressing an interest in business opportunities in Macedonia doubled in January compared to the same period last year.

While China remains the biggest market of interest for Bulgarian enterprises, 24 per cent of participants in the survey said they would like to visit Macedonia and find business partners there – twice the share of 12 per cent in 2017.

Lubomir Levicharov, an economic expert in the chamber, says the friendship treaty should lead to new infrastructure projects.

Together with Macedonia’s “eventual” accession to the European Union, it has encouraged Bulgarian companies to eye opportunities in their neighbour’s market. 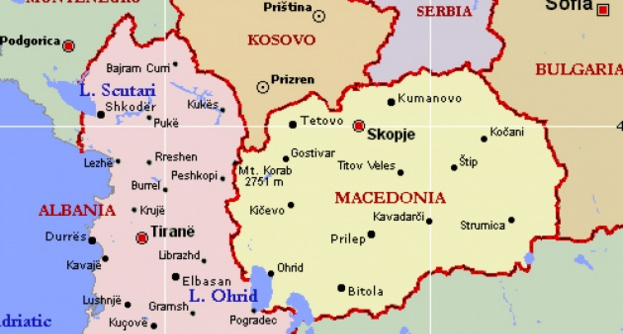 The prime ministers of Bulgaria and Macedonia, Boyko Borissov and Zoran Zaev, signed the landmark treaty, which had been negotiated for over a decade, in August 2017 in Skopje.

The two parliaments ratified it in January 2018, putting the once fraught relationship between Skopje and Sofia on a new footing and bringing the two countries closer through an EU-oriented partnership.

The treaty envisages Bulgarian support for Macedonia’s bid to join NATO and the EU, improving trade and transport infrastructure and easing customs and border formalities.

Later in August 2017, in a move to boost economic ties with Macedonia, Bulgaria’s economy ministry announced that it was reopening its commercial service in Skopje, which had been closed since 2015.

“The positive political climate between the two countries is at its highest level for many years,” Vladimir Vladimir, the founder of the Bulgarian-Macedonian Business Club, established in Sofia and Skopje shortly after the signing of the treaty, told BIRN.

He said that Macedonia was an “interesting” partner for Bulgarian companies due to its proximity, the lack of language barriers and the fact that the two peoples know each other well.

“There are Bulgarian banks, insurers and other companies present on the Macedonian market, which creates a good platform and environment for doing business,” Vladimirov, who owns a company dealing in agriculture, added.

Bulgaria was the sixth largest trade partner of Macedonia in 2016 with a total exchange of some 430 million euros, and a trade deficit on Macedonian side of 41 million euros. This was a decline of more than 9 per cent compared to 2015.

The most traded goods between the two countries by far are metals, such as lead, copper and zinc and their concentrates.

Bulgarian FDI in Macedonia peaked in 2011, when it invested some 31 million euros. But investments then declined to just a few million euros each year.

However, according to the Macedonian Central Bank, Bulgarian investment started to pick up again in 2016, when the figure rose to 16 million euros.

Vladimirov added that both Bulgarian and Macedonian small and medium-sized enterprises use the services of his business clubs to seek new partners.

Conferences And Seminars Are Allowed In Bulgaria

The "Rose-picking" ritual - an integral part of the traditional celebration of the oil-bearing flower in Karlovo, was held on May 30...
Read more
Business Bulgaria

Eurostat: Annual Inflation Down To 0.1% In Euro Area

In May 2020, a month still marked with COVID-19 containment measures, euro area annual inflation is expected to be 0.1%, down from...
Read more

The European Union has produced 15.2 million tonnes of poultry meat in 2018, a new historic highlight. This represents a cumulative increase of about...
Read more

The Power Struggle Over The Bulgarian Gambling Industry

The Bioproducts Association sent an open letter to the Prime Minister urging him to intervene in the conflict between the companies and...
Read more

3.6% More Infected By Coronavirus In Bulgaria Than A Day Earlier

The National Headquarters responsible for combating coronavirus spread in Bulgaria announced Monday morning that 19 new COVID-19 cases have been reported in...
Read more

Qatar has the will and interest to invest in the Bulgarian transport infrastructure, but our country needs to prepare and present its investment...
Read more