Radev To Hold Talks With Putin

Bulgarian head of state President Roumen Radev will hold talks with Russian President Vladimir Putin in Sochi on the second day of a working visit to Russia on May 21 and 22 2018.

The Bulgarian President’s office said that during his visit, Radev will meet Russian Prime Minister Dmitry Medvedev on May 21.

Details of Radev’s visit to Russia were announced on May 18, a few days after the Kremlin said that it would take place.

Radev’s office said that topics during his talks in Moscow would cover “the prospects for development of the bilateral relations between Bulgaria and Russia in the spheres of economy, energy, education and culture as well as topical issues of international security”. 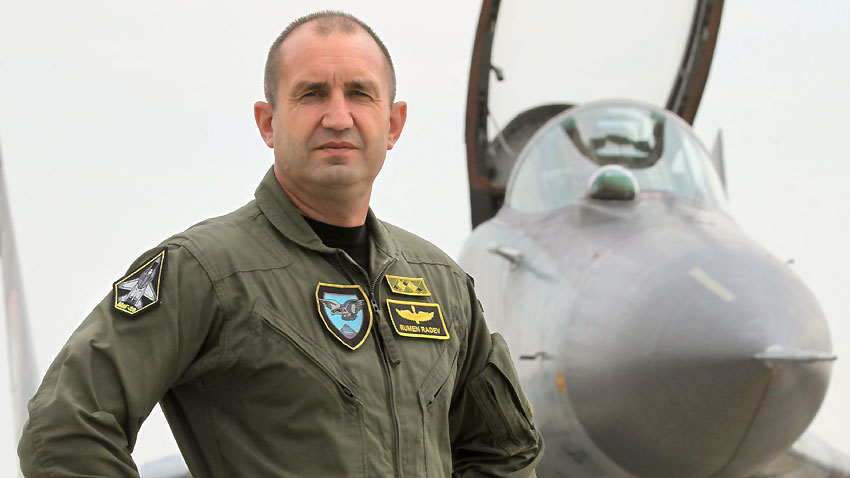 At the Bulgarian embassy in Moscow, Radev will speak with “prominent Bulgarian and Russian cultural and public figures,” his office said.

At the May 22 talks with Putin, the two presidents will first speak face-to-face and then lead plenary talks by their respective delegations. This will be followed by statements to the media by Radev and Putin.

Radev’s delegation will include Krassimir Velchev, deputy head of the Bulgarian-Russian Friendship Group in the National Assembly, Petar Kanev, head of the parliamentary committee on economic policy and tourism, representatives of local authorities, scholars, public and cultural figures, the President’s office said.

This will be the first such visit to Russia by Radev, who became Bulgaria’s head of state in January 2017 after winning election on a ticket backed by the opposition Bulgarian Socialist Party, which backs cordial relations with Russia. During his election campaign, Radev spoke of more “balanced” relations with Putin’s Kremlin.

There has been periodic speculation about a visit to Bulgaria by Putin. Boiko Borissov, in office for a third time as Prime Minister, also has sought warmer relations with Russia, which generally have been chilly during his first two governments.

Factors that exacerbated relations between Sofia and Moscow included the first Borissov’s government decision to mothball the Russian-linked Belene nuclear power station project, initiated decades ago while Bulgaria still had a communist government. This decision was followed by left-wing-backed protests which culminated in an episode of violence in Sofia, prompting Borissov to resign.

In this past week, Borissov’s third government decided to take to Parliament a proposal to re-initiate the Belene project, this time – somewhat implausibly – “on market principles with no state guarantees”.

Another factor that caused difficulties with Moscow was the decision by the second Borissov government to switch the business of overhauling the Bulgarian Air Force’s ageing Soviet-made MiG-29 jet fighter engines from Russia to Poland. Moscow protested vehemently, and later criminal charges were laid against the Defence Minister of the time, Nikolai Nenchev, from the then-minority partner in the coalition government of the time. Nenchev denies wrongdoing and has rejected the allegations against him as politically-motivated. In 2017, Borissov’s government handed the business back to Russia.

There was talk that Putin would visit Bulgaria in the first half of 2018, with March 3 – Bulgaria’s national day, marking its liberation from the Ottoman Empire in the 19th century, in which Russia played a significant role – being named as a possible date.

That did not happen, though Russian Orthodox Church Patriarch Kirill visited for the March 3 celebrations, an episode that ended in debacle when Kirill was offended by Bulgaria acknowledging the role of countries, beyond just Russia, in its liberation.

A few months ago, Russia’s ambassador in Sofia said that Putin would visit after he was re-elected on March 18 2018. Radev’s office had announced in June 2017 that he had invited to Putin to visit.

In a telephone conversation on March 5 2018, Borissov and Putin discussed meeting during the Bulgarian Presidency of the Council of the EU, the government press service in Sofia said at the time.

That, however, took place before the tensions over the chemical nerve agent attack in the UK on former Russian double agent Sergey Skripal. Backing for UK steps against Russia over the Skripal case came from Bulgarian Foreign Minister Ekaterina Zaharieva, though she was notably alone among government and state officials in being forthright about the matter.

Bulgaria did recall its ambassador from Moscow for consultations, though nothing came of this, beyond a subsequent announcement that a new ambassador was to be appointed in the Russian capital city, and that Bulgaria would not be expelling any Russian diplomats.

From 1 July, the reduced rate of value added tax of 9% will apply to books, restaurants and catering services, baby food...
Read more

"The Bulgarian market is extremely attractive and is currently in a dynamic period of development. There is strong competition in the banking and insurance...
Read more

Celebrities who promote products on social media are under investigation by the competition watchdog amid concerns they are not making it clear when they...
Read more

Zimbabwe authorities have announced a new official holiday for the country to protest against US sanctions, the Associated Press reported. The so-called Day Against Sanctions will...
Read more

5 New Metro Stations To Be Completed By October 2019

By the beginning of October, the first 5 stations of the third subway beam linking ''Graf Ignatiev'' Str and ''Krasno Selo'' district will be...
Read more