Skyscrapers Popping Up All Over The Country

Projects to construct new skyscrapers in the trendiest parts of Sofia, the capital of Bulgaria, have triggered fierce debates about Sofia’s city planning and the loose regulations on large-scale property investments.

After two tall business towers recently rose up in central Sofia, transforming the look of the city centre, several further projects for skyscrapers were announced over the past few months, with one, for a 215-metre-high Paradise Tower, sparking most controversy.

“This is a normal market development. Those are private investments that function on a market principle – this is why they appear in attractive areas,” Angel Zahariev, manager of the AAA bureau, which designed two of the landmark skyscrapers and Bulgaria’s tallest buildings – Capital Fort and Sky Fort at the entrance of Sofia – told BIRN. 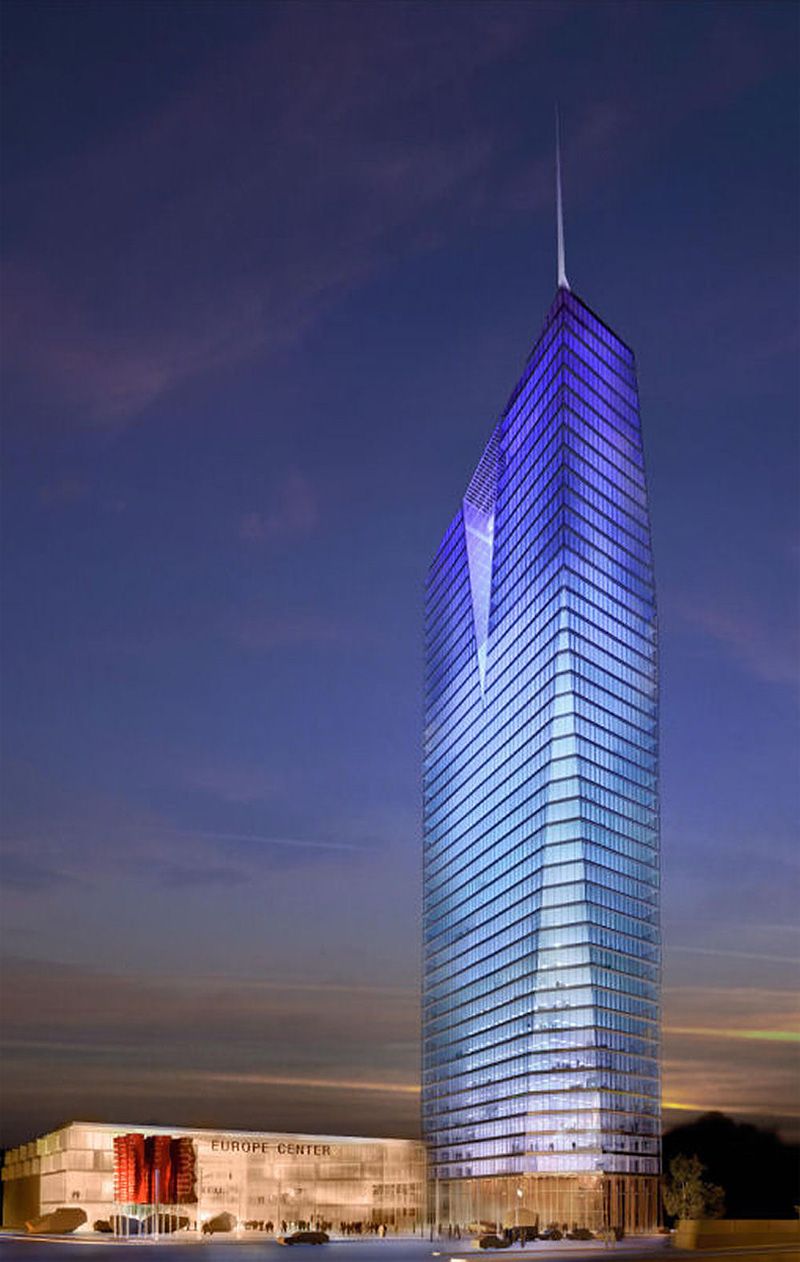 Zahariev, who is also a member of the independent architects’ community Grupa Grad, which advocates better urban development in Bulgaria, added that there is a place for skyscrapers in Sofia – but better rules and limits on their height are needed, as well as a ban on such buildings in the centre. “The question with the Paradise Tower is how it fits in,” he said.

The Russian-Georgian investment, which will rise 55 storeys high in the Hladilnika neighborhood, was greenlighted by the city government in April.

The project is designed by ProArch, a company whose majority owner is the former chief architect of Sofia, Patar Dikov.

3.6% More Infected By Coronavirus In Bulgaria Than A Day Earlier

Wizz Air Cancels All Flights To Varna Until May 2020

Hungarian low-cost carrier Wizz Air is suspending all of its flights to and from the Bulgarian coastal city of Varna due to the imposed travel...
Read more
Business Bulgaria

Bulgaria With One Of Largest University Graduate Employment Rates In Europe

7 % оf people with higher education are officially unemployed, BNR reports. The employment rate of the graduates is over 80%,...
Read more

Rapper Xxxtentacion was shot in South Florida on Monday, USA TODAY has confirmed. The rapper (real name: Jahseh Onfroy) was gunned down outside of a motorcycle dealership...
Read more

1561 Schools In Bulgaria In Flu Vacation

In 1561 schools today, January 29, the school sessions were suspended. This was announced by the press center of the Ministry of Education and...
Read more

Apple Is Building A $1 Billion Office Complex In Austin, Texas

Apple announced that it has begun construction of a new production and administration complex in Austin, Texas, Reuters reported. At a production facility just...
Read more

15,000 Electric Car Charging Stations Planned To Be Built Within 3 Years In Bulgaria

Electric cars are gaining popularity around the world and in Bulgaria. As of the end of February this year, in Traffic Police...
Read more

Bulgaria Pushing For Continuation Of The Common Agriculture Policy

This Monday the EU agriculture ministers formally exchanged views for the first time on the Commission’s proposal for the Common Agricultural Policy (CAP) post-2020...
Read more