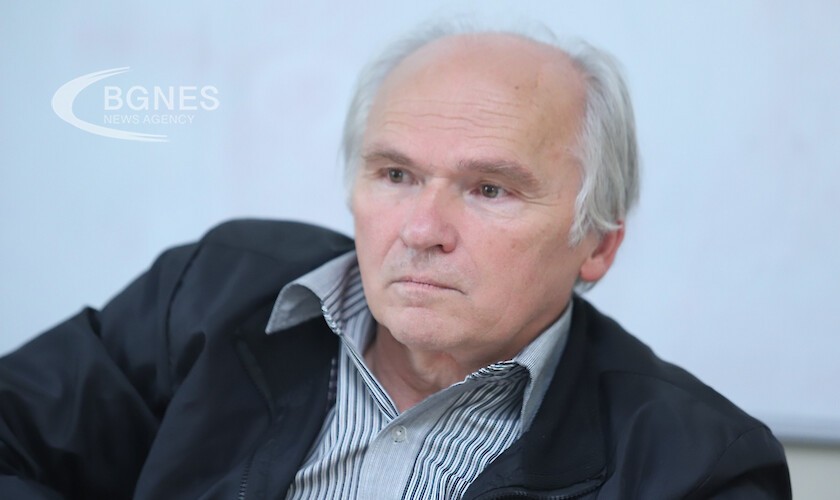 The anti-Bulgarian hysteria over the opening of the Ivan Mihailov Cultural Center in Bitola took me back to 1998 when we opened the Cultural Information Center in Bosilegrad. It’s as if time has stopped. The same events, the same slanders, and intrigues are repeated and the same props are circulated. I sincerely sympathize with the Bulgarians there and wish them courage and audacity in defending their national dignity, despite the slop, slander and lies, and active events that are yet to accumulate on them.

High state officials of Bulgaria, diplomats, politicians, famous cultural figures, and journalists came to Bosilegrad then and under the gloomy eyes of the police, in the presence of Bulgarians on both sides of the border, the center was opened. The guests left, and in the following days, weeks, months, and years, a sinister anti-Bulgarian campaign began in the Serbian media.

The arguments were almost the same as now against the Ivan Mihailov Cultural Center: that this was the biggest Bulgarian provocation against Yugoslavia since World War II, that the opening of the center was an institutionalization of the policy of secession of Bosilegrad and Tsaribrod, that it was an attempt to restore the “fascist” Tsar Borisov Bulgaria, that the Americans, NATO, the Vatican, etc. are involved in this. Later, Milosevic’s Socialist Party local activists, politicians and journalists were activated in front of the center. to the “only homeland” Yugoslavia. The spitting of the CIC was an expression first of “Yugoslav” patriotism and then, when Yugoslavia fell apart, patriotism was renamed “Serbian” overnight. With the same anti-Bulgarian content.

The Municipal Cultural Center in Bosilegrad did not provide a hall for concerts with Bulgarian performers, the Socialist Party in Bosilegrad proposed to the prosecutor’s office to remove the Bosilegrad Center from the register, and the “veterans” from the Union of Yugoslav Liberation War Fighters , made annual plans on how to monitor the “enemy activity” of the CIC. The Municipality of Bosilegrad financed a memorial fountain and allocated funds for the activities of the “fighters” to mark the “Day of the liberation of Bosilegrad from the Bulgarian fascist occupation.” Some people, who have never worked anything or anywhere, hovered around the KIC around the clock and wrote down who enters and leaves when. Twice the windows of the KIC were smashed with stones, once it was smeared with black paint. No cultural event went without problems at the border and without police provocations, not one or two charges were brought before the prosecutor’s office. Patriotic Serbian parties made a kind of “baptism of fire” against the CIC, and when they, in turn, disbanded, their prominent activists were appointed priests, municipal officials, police officers and from there continued their “patriotic” activities against the alleged state enemies ”.

During the war in Kosovo, we had to stop the CIC and I went home to a village. For days and weeks, a border patrol guarded my house, and the so-called “civil defense” warned me that the windows at night should be well darkened so that NATO planes would not orient themselves in the light!

The “Patriots”, who had sworn “brotherhood and unity” with the Yugoslav peoples and nations, were going to “a war that Serbia was not waging”, and while their former brothers were leaving their homes under their fire, they looted and returned with loads of booty from their looted houses and yards. When Milosevic was handed over to the tribunal, the patriotic hangover was over and the first signs of national sobriety appeared in the form of animal scratching for Bulgarian passports, cheap Bulgarian cars, enrolling children in Bulgarian universities, and so on.

KIC “Bosilegrad” with its national and pro-European orientation, continued to irritate their unclean conscience and again remained “enemy of the state.” But now, instead of telling us in Belgrade that we are “Bulgarians”, they started telling us in Sofia that we are “Serbs” !? Pale copies of the CIC and duplicates of Bulgarian cultural events began to emerge in order to shift the focus of attention and replace our cultural messages. Some tactics of the services to neutralize inconvenient organizations and replace their activities.

While listening to the anti-Bulgarian shouts in RS Macedonia today, I am once again convinced that they are cooked in the same southern kitchen. The same smell, the same bland taste, the same way of serving. The words of the Macedonian “politicians” seem to have been copied from the words that the mayor of Bosilegrad, the priest and the chairman of the Union of Fighters delivered in Bosilegrad. The texts written in the address of the Bulgarians are almost identical to the texts of A. Davinich, V. Pesic, V. Velinov and others at the time of the opening of the CIC. How could these people not once realize that Yugoslavia was already dead, that the Greater Serbia ideology on which it was built had suffered a historic defeat, and that any attempt to revive it in the form of a “Serbian world” would be supported by two or Are the “four pillars of foreign policy” doomed?

And no, the problem is not Ivan Mihailov. And Bulgaria is not a problem for Macedonia’s EU membership. Not at all. The problem is that in order to settle relations with Bulgaria and become a member of the European Union, RS Macedonia must emerge from the captivity of the historical narrative imposed by the Yugoslav school. Without this, it cannot become Europeanized – to accept and assimilate European principles and values ​​as a way of thinking and behaving. To learn to behave properly, without the usual anti-Bulgarian swear words infiltrated into their culture by Serbian colonists. To change the form of your state system, legislation, economy, education, healthcare, to respect human rights, relations with your neighbors, care for historical heritage, freedom of speech, and where and how you throw your garbage. The problem is, not only the vulgar spitting and cursing of Bulgaria, the language of hatred, the denial of one’s own (Bulgarian) historical and cultural heritage, partocracy, corruption and many other things. The real problem is Macedonianism. The state is too serious a thing and it cannot be built on a false national ideology – a mixture of stolen and falsified Bulgarian history, culture and language.

No way, the bitter cup must be drunk to the end. After all, all ideologies are temporary. The ideology of Macedonianism is also temporary. His Yugoslav matrix, with all its false dogmas and irrationalities, is forever broken. Instead of using the Ivan Mihailov Cultural Center as an example of vigilant citizenship and a step forward in building new Macedonian-Bulgarian relations in harmony with the times, instead of cultivating a new, tolerant, democratic and European Macedonia, it became an occasion for posthumous exercises. in Yugoslav patriotism. Instead of the future, the weather in Macedonia seems to be reversing.

I am writing all this to support and encourage my friends around the Ivan Mihailov Cultural Center. I know from experience that after a while the media fuss will subside. Then comes the other – insidious actions, provocations, slander and intrigue, compromising and attempts to replace and duplicate his activities.

You have to resist everything. Because the stake is too great – the eternal human desire of the slave for freedom. In the face of this quest, empires sooner or later collapse. You don’t have to be a history expert to realize that. It is enough to read it and draw the right conclusions from it.