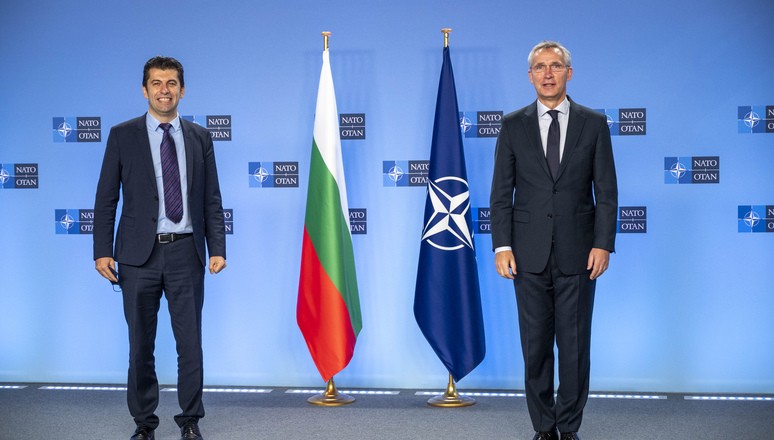 The proposals of the Supreme Allied Commander Europe, US General Todd Walters, to expand the Alliance’s military presence on the Eastern Flank, especially in Bulgaria and Romania, have been met with mixed reactions, Germany’s Spiegel magazine reported. for the general’s suggestions, citing his own sources.

The commander-in-chief justified his idea in response to the alleged build-up of Russian troops near Ukraine’s borders. According to the publication, the general made a similar proposal during a secret video conference with the participation of representatives of the partner countries in the alliance. He called for an expanded NATO presence in Bulgaria and Romania, similar to those previously in Poland and the Baltic states, as part of a mission to strengthen a forward presence.

SPIEGEL said that while Eastern European countries welcomed his ideas, other countries, including Germany, reacted with restraint. Walters’ plans threaten to pose a serious challenge to Germany’s ruling coalition, as the Social Democrats, especially the party’s left wing, are skeptical of NATO’s eastern flank mission.

The plans of the NATO Commander-in-Chief

According to Walters, the increase in the contingent would be a signal to Moscow that NATO does not intend to monitor Russia’s actions near Ukraine’s borders without taking any measures. During the video conference, he pointed out that he did not think this was a provocation, but necessary as “reinsurance”. The general assured the allies that the alliance intends to adhere to the Russia-NATO Founding Act, meaning that troops will be deployed on a rotating basis, not permanently. Officially, the alliance has not yet confirmed the discussion on expanding the mission, but the topic will be discussed at the next meeting of NATO defense ministers, Spiegel said, citing diplomatic sources.

The publication notes that Walters was instructed to consider a possible response in the event of a Russian invasion of Ukraine and to develop concrete proposals. As a result, he presented a “full package” of measures, calling in particular on the Allies to step up surveillance of possible conflict in the region, including by satellite, and to pass on all information to the alliance without delay.

Recently, more and more statements have been made in the West and Ukraine about an alleged Russian invasion of Ukraine. Presidential spokesman Dmitry Peskov called such information an unfounded escalation of tensions, stressing that Russia poses no threat to anyone. At the same time, he did not rule out the possibility of provocations to justify such statements and warned that attempts to resolve the problem of force in southeastern Ukraine would have the most serious consequences.

Russia’s proposals for security in Europe

The proposal of Gen. Worters comes days after Russia presented a package of proposals to the United States and NATO to ensure security in Europe, especially in the east. On Friday, December 17, the Russian Foreign Ministry released two Russian draft documents providing legal security guarantees from the United States and NATO. Earlier, Russian President Vladimir Putin called on NATO to begin substantial talks to provide reliable and long-term security guarantees for Russia. He clarified that Moscow needs legal and legal guarantees, because before that the Western colleagues did not fulfill their respective oral obligations. As Presidential Spokesman Dmitry Peskov told reporters, Aide to President Yuri Ushakov told US National Security Adviser Jake Sullivan. that Moscow is ready to immediately begin negotiations on draft security guarantees. The Russian side will be represented at these talks by Deputy Foreign Minister Sergei Ryabkov

One of the documents proposed by Russia consists of eight clauses and concerns the main aspects of the provision of mutual security guarantees by Moscow and Washington. The project offers a solution to the accumulated problems, including those that arose after the US withdrew from the Treaty on the Elimination of Medium-Range and Short-Range Missiles, as well as problems with NATO’s gradual enlargement and new intentions of the North Atlantic Alliance.

Above all, the document outlines the principles of indivisible and equal security, without compromising the security of the other. To this end, the agreement includes the following clauses: refusal to take actions and measures affecting the safety of the other party, non-participation in them and refusal to support them. In addition, the draft agreement provides for the waiver of security measures, individual or within an international organization, military alliance or coalition, that would undermine the fundamental security interests of the other party.

Russia will switch to a counter-threat regime if NATO does not accept proposals for security guarantees, Deputy Foreign Minister Alexander Grushko said on Saturday on the Soloviev Live YouTube channel. “We are simply making it clear that we are ready to transfer the military or military-technical scenario into a political process that will really strengthen military security … of all OSCE, Euro-Atlantic, Eurasian countries. And if that doesn’t happen, we told them (NATO) that then we will also move to this regime of counter-threats, but then it will be too late to ask us why we made such decisions, why we deployed such systems. In this case, we present everything very honestly, openly, on paper “, added Grushko.

He stressed that the alliance must take seriously Russia’s proposals for security guarantees, or will have to deal with a military-technical alternative. “They have two options. First, to take seriously what we put on the table, or to deal with a military-technical alternative,” the diplomat said. According to him, “the moment of truth has come. We have indeed reached a dangerous line, and our proposals are precisely in order to move away from this dangerous line and enter into a normal dialogue, with security interests at the forefront. And we have very clearly defined the ways to achieve this.

The second point is why we did it in such a form, very frank and direct. Because all the agreements reached with NATO are the Founding Act, where they made two commitments. The first is not to have significant military forces in the territory of new members on a permanent basis. And the second, not to put nuclear weapons there, not to create infrastructure. So we are faced with the fact that they have started to circumvent these provisions, “the diplomat said. Therefore, Grushko continued, Moscow proposed absolutely clear and understandable language that would exclude any ambiguity and misinterpretation. NATO will not be able to “divorce” Russia’s proposals for security guarantees. and also described her vision for military security in Europe. “This is not related to NATO, but due to the fact that it is necessary to move to other principles to ensure security, otherwise we will find ourselves in a very difficult situation, which we would not like to repeat,” he added.

Reactions in Washington and Brussels

The White House said some of Moscow’s proposals in Friday’s draft Russia-US security treaty were useful and some unacceptable. This was announced by Bloomberg, citing a senior official who wished to remain anonymous. He added that Washington plans to respond to Russia’s proposals next week.

The North Atlantic Council confirmed that it had received Russian proposals on European security and said it was ready for a dialogue with Russia to build confidence if Moscow “takes concrete measures to reduce tensions”. This is stated in a statement issued by the NATO Council. “We are aware of Russia’s recent proposals on European security. We declare that any dialogue with Russia must be based on reciprocity, respond to NATO’s concerns about Russia’s actions… and be held in parallel with consultations with NATO’s European partners. We are ready to work on confidence-building measures, “the document said.

It also reiterates that the alliance “invites Russia to hold a meeting of the Russia-NATO Council in the near future.”

The NATO Council expressed concern over the situation on Ukraine’s border, where the alliance said there was a “significant concentration” of Russian forces, and warned Russia of the far-reaching consequences of any aggression.

At the same time, the defense ministers of the Scandinavian and Baltic countries said that Western countries should under no circumstances agree with Russia’s proposals for security guarantees in Europe, the press service of the Estonian Ministry of Defense said after a video meeting of the defense ministers. Finland, Estonia, Sweden, Denmark, Norway, Latvia, Lithuania and Iceland. “The defense ministers of the Scandinavian and Baltic countries met on Friday via video bridge and agreed that Russia poses the biggest military threat to Europe. The ministers also unanimously believe that the Western countries cannot agree with the requirements of the Russian Federation in any way, “the statement said. Lithuania and the Netherlands to discuss the current situation.