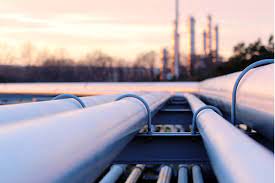 Boyko Borissov speaks in Varna in front of the participants at the 12th Summer University of GERB Youth Structure.

Prime Minister Boyko Borisov said on Sunday that a gas pipeline contract from Turkey through Bulgaria, Serbia, Hungary, and Austria is expected to be signed on September 5th.

He said at the 12th Summer University of GERB Youth Organization that he is currently working on this very important energy project that will ensure diversification of supplies.

Together with the gas interconnector, Greece will achieve 100 percent diversification, Borissov said.

The Prime Minister also commented on the Belene NPP project, saying that many countries are gathering in it, and there are many proposals. It is important because, after 10-15 years, when the 5th and 6th units of Kozloduy NPP are closed, we will have to have replacement capacity, he explained.

Borissov also commented on major and important infrastructure projects for Varna, saying he would provide additional funding for them.

He stated that GERB’s candidate for mayor of Dobrich is Nadezhda Petkova – a specialist in European projects, who attended the forum.

Prime Minister Boyko Borissov has confirmed that the draft budget for next year envisages a 10% increase in income.

“Since we already consider the budget, with 10% guaranteed, we will raise revenue next year in all sectors.”