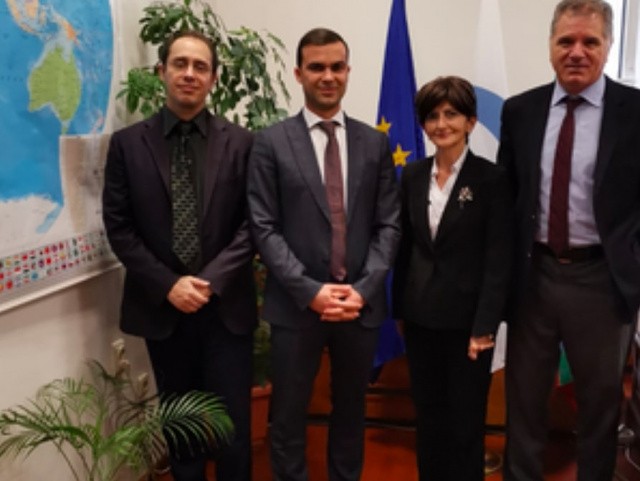 The Bulgarian Small and Medium Enterprises Promotion Agency (BSMEPA) expressed its wish to work actively for deepening the cooperation between Bulgaria and Greece in the field of business.

The two sides agreed that there are a number of opportunities for collaboration between BSMEPA and the Embassy of the Hellenic Republic in Sofia for the purpose of business development and the promotion of entrepreneurship between the two countries.

The Plenipotentiary Secretary for Economic and Trade Affairs of the Trade Section of the Embassy of the Hellenic Republic in Sofia said that a top priority in his work is to foster an entrepreneurial spirit among young people, develop innovation and support start-ups – an activity similar to a number of Business Support Agency programs.

For his part, Takov said that one of the priority areas for cooperation with Greek companies from Bulgaria is in the field of conference tourism and informed his colleague about the upcoming large-scale Black Sea & Balkans Conference World Summit which is scheduled to be held from February 20 – February 22, 2020 in Golden Sands.

He also noted the good cooperation between BSMEPA and the Еnterprise Greece – the main agency of the Government of the Hellenic Republic to attract investments and increase Greek exports enterprises.