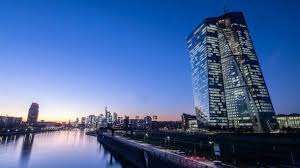 The European Central Bank (ECB) and the National Bank of Bulgaria (BNB, the central bank) have set up a swap line to ensure liquidity of up to two billion euros, the BNB said on Wednesday. The line will be in force until the end of 2020 or until needed. The maximum maturity in respect of each withdrawn amount will be three months, BTA reported.

The two officials welcomed the setting up of the swap line. Borissov said that this is a big support for Bulgaria and a guarantee for additional stability of the currency board mechanism in place in this country. Borissov noted that Bulgaria’s entry in ERM 2 would be of great benefit to the country’s economy.

Borissov and Lagarde discussed the opportunities for handling the consequences of COVID-19 and the need for a common European
financial mechanism in response to the pandemic’s impact. Lagarde praised Borissov for the socio-economic measures taken to support Bulgarian businesses during the state of emergency in the country.