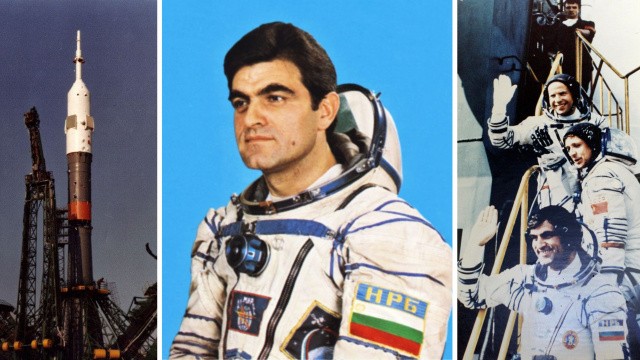 The Day of Aviation and Cosmonautics – April 12, will be celebrated in a number of cities across Bulgaria with a series of events.

The Institute for Space Research and Technology of the Bulgarian Academy of Sciences is opening its doors to guests, as there will be demonstrations with drones on a stationary training simulator, lectures on new space research projects. The Bulgarian achievements in the field of space will be presented, and an exhibition shows the spacesuit of the cosmonaut Alexander Alexandrov.

The Aviation Museum in Krumovo also celebrates the Aviation and Astronautics Day with an open door and a special program.

The National Polytechnic Museum will mark the day with a food demonstration for the astronauts. Devices and equipment created by Bulgarian scientists will also be shown.

In the only Higher Air Force School in Bulgaria “Georgi Benkovski” in Dolna Mitropolia a round table and an exhibition will gather aviation specialists from all over the country.

The topic of the round table, which is under the patronage of the President and Commander-in-Chief of the Armed Forces Rumen Radev, is: “Status and prospects for the development of the aviation education system in the Republic of Bulgaria.”

“On the Day of Cosmonautics and Aviation in Dolna Mitropolia will be discussed the state, prospects and development of aviation education in Bulgaria. Everyone involved in aviation education will attend this round table to outline the guidelines and ways to reach a European level of education in the field of Aviation”, said the head of the school, Brigadier General Julian Radojski.

An exhibition of works by the artist Nikolai Bebenov will be opened.

Students from Pleven will meet at the VVVU “Georgi Benkovski”, who will get acquainted with the history of the school and the Center for Aviation and Space Surveillance.