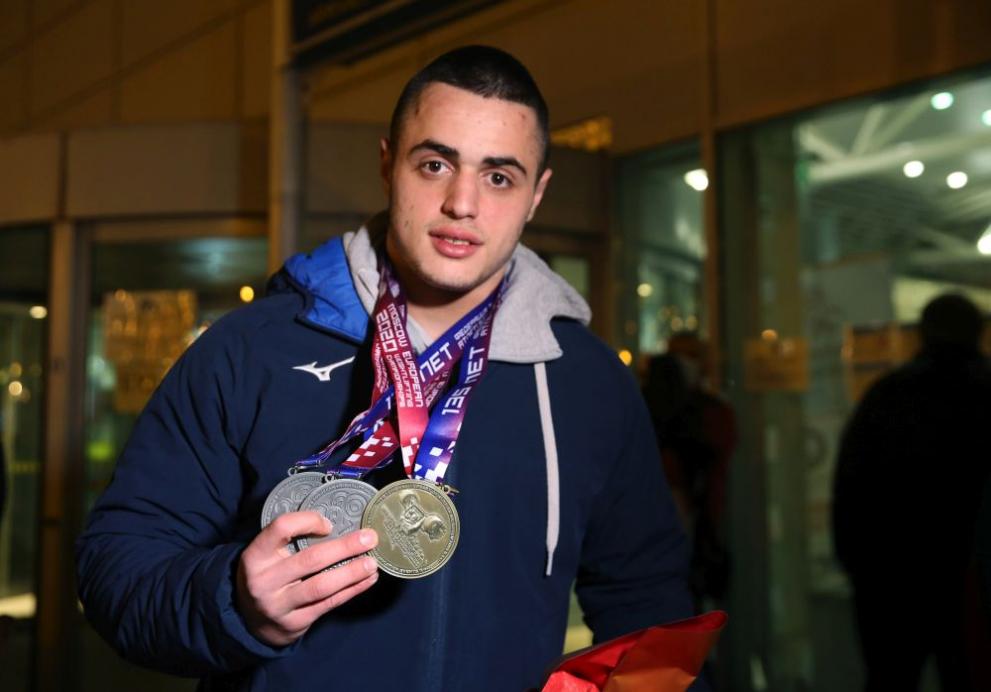 In terms of high-achievement sports, 2021 was the most successful year for Bulgaria in the current century. Contrary to expectations and after 13 years of waiting for an Olympic gold medal, the Bulgarian athletes performed excellently at the Olympic Games in Tokyo in the summer and won three titles.

In four Olympics since the beginning of the 21st century, Bulgaria had won a total of three gold medals (two in Athens in 2004 and one in Beijing in 2008), and in Tokyo, the national anthem was played three times in just two weeks. The long wait was put to an end by the young Ivet Goranova, who demonstrated great qualities and impressive self-confidence to record five consecutive victories in a few hours and become an Olympic karate champion. Thus, the 21-year-old Goranova became the first Olympic gold medalist for our country from Rumyana Neykova in 2008. The next few days in the Japanese capital were unforgettable – first Stoyka Petrova won gold in boxing, and then our national ensemble (Simona Dyankova, Madeleine Radukanova, Erika Zafirova, Laura Traats, and Stephanie Kiryakova) triumphed in rhythmic gymnastics.

Thus, despite the minor mood before the Olympics, Bulgaria won a total of six medals in Tokyo and finished 30th in the overall standings. This is the strongest performance of the native athletes from Sydney 2000 ‘, when they won 5 gold, 6 silver and 2 bronze medals to place our country in 16th place in the final standings.

It should be noted that all medals in Tokyo were won by women, which should be analyzed by experts from the Ministry of Youth and Sports to clarify why the performance of our men is lower. However, the revival of one of the most Bulgarian sports – weightlifting – gives serious hope in this direction. At the Olympics, our two representatives Hristo Hristov and Bozhidar Andreev finished in fifth place, and for controversial reasons Hristov was not considered a successful attempt that would bring him a medal. In any case, our 20-year-old weightlifter made a serious request to be a contender for the medals of the Games in Paris and Los Angeles in 2024 and 2028. This is even more true of the new Bulgarian phenomenon in weightlifting Karlos Nasar, who barely at the age of 17 he became a world champion for men, as at the championship in Tashkent in December, he also broke the world record in the 81kg category. Expectations are high for Angel Rusev, who became European champion this year and won bronze at the World Cup.

Undoubtedly, our young swimmers also give cause for optimism. The Bulgarian Swimming Federation was rocked by a doping scandal earlier this year after Zdravko Bablakov, Svetlozar Nikolov and Blagoy Panayotov tested positive for the banned substance stanozolol, but an inspection by an Austrian laboratory proved that the supplements are given to the national team clean, and all other samples of national competitors were negative. The native swimmers managed to shake off the noisy scandal in order to perform at a high level in Tokyo, and above all was 18-year-old Yosif Miladinov, who became the first Bulgarian men’s swimmer to reach the Olympic final (100 meters butterfly).

In the review for the performance of the Bulgarian athletes in Tokyo, we should not miss the strong performance of Boryana Kalein, who finished in fifth place in the all-around rhythmic gymnastics in extremely tough competition, while our other representative in the individual Catherine Taseva ranked 14th. . Taseva and the contestants from the ensemble have ended their careers, but Kalein will continue to fight for the Olympic medal at the Paris Games in 2024.

Outside the Olympic Games, the highlight was the performance of Biliana Dudova, who was unbeaten in the 59 kg category and beat the competition at the European and World Championships to win two gold medals. Unfortunately, at the Olympics in Tokyo, this category was eliminated, as there were those up to 57 and 62 kilograms, where we were represented by Evelina Nikolova and Taibe Ussein, respectively.

In team sports, the picture was not so rosy, although there were moments of optimism. In the most popular sport – football – our national team performed hesitantly under the leadership of Yassen Petrov. It must be admitted that Petrov at least really tried to make the famous rejuvenation and change of generations, which has long been talked about by bringing in a number of young players, some of whom have the potential to be the backbone of a stronger future team. In terms of results, the top was the 1: 1 draw with Italy in Florence in the first match of the European champions after Euro 2020. Home victories over teams close to our level – Lithuania and Northern Ireland were important, but the bad loss when visiting Lithuania, as and the total abdication in both matches with Switzerland (1: 3 and 0: 4) leave a bitter taste.

At the club level, Ludogorets and CSKA played in the group stage of the European club tournaments in the fall, but did not perform at the level and won a total of three points in 12 matches. The picture in the home championship does not change – Ludogorets dominance, although the “eagles” are far from their strongest years, the quality of football below the European average, scandals, and crises in the greats CSKA and Levski, and constant questions whether the championship will end with a full squad due to the financial problems of various teams.

In volleyball, the men’s national team continues to be in crisis and disappointed in the summer with the elimination of the eighth-finals of the European Championship and 13 losses in 15 games in the League of Nations. Our women’s team also failed to fulfill its goal of storming the home European Championship and was surprised by the Swedish team in the round of 16 in Plovdiv. It was great the performance of our national team for juniors under 19, which won silver medals at the World Cup in Iran under the leadership of Martin Stoev, which gives hope for the future of our men’s team.

Our basketball nationals experienced long-awaited joy, who after a great victory over Latvia with 66:65 as a guest qualified for EuroBasket 2022, where next year in Tbilisi will compete with Russia, Spain, Georgia, Belgium, and Turkey. This is the first ranking of the national team for the European Championship since 2011.

It is clear that our strong performance in Tokyo is the result not so much of a successful government policy in this area, but rather of the individual brilliance of athletes and coaches, as well as the good work of individual heads of federations. A big problem for Bulgaria remains the mass one, which is often neglected, although it is extremely important for the health of the nation. In the field of sports, there are many other problems to solve – poor infrastructure, lack of staff, poor government funding, corruption, outdated thinking.

But at least for a moment, sports fans in Bulgaria, and all Bulgarians, can look back on the past year with pride that the Bulgarian anthem was again heard on the highest possible stage, that the Bulgarian flag has risen again above all others at the Olympic games that Bulgaria again has Olympic champions.