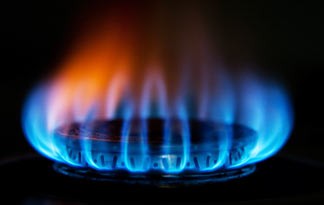 “Things with the interconnector to Greece are under control, the whole country has been mobilized. A lot of time has been wasted, in which nothing has really been done,” said at a briefing Hristo Alexiev, Acting Deputy Prime Minister for Economic Policies and Minister of Transport and Communications, Chairman of the Crisis Staff.

According to him, the stabilization of “Bulgargaz” is important.

“Whatever supplies we want to provide, they must be paid for, in advance. We must provide the necessary quantities of gas for the population and for businesses at good, affordable prices. For September, there are secured quantities of gas, from October onwards there are none”, added Hristo Alexiev.

He explained that decisions related to the price should be made by the end of August, beginning of September.

“Gas, provided at any price, does not work for business and the population. There is no way there can be compensation at the moment because there is no functioning National Assembly“, said Hristo Alexiev.

“Obviously, we will have to negotiate with Gazprom, but these will be very difficult talks. The ministry has prepared various options for talks, but they expect a response from Gazprom. The interconnector was left unattended by the previous administration, a number of problems accumulated there related to construction and documentation, we found complete chaos and management that did not help to solve the problem. ‘Toplofikatsia Sofia’ (Heating Systems Sofia) owes hundreds of millions to ‘Bulgargaz’ and there is no way that this will end under the current management, on the contrary, the owed money are expected to grow by 300 million per month,” said Energy Minister Rosen Hristov.

According to him, the focus will be on system optimization of supplies.

“Gas at any price is in abundance, we are looking for an optimal price. We have received a linear schedule for the interconnector to provide documents and complete the rest of the construction activities. Commitments have been made, including to President Rumen Radev, that the interconnector will be launched from October 1,” added the energy minister.

Rosen Hristov said that the government is starting negotiations with Azerbaijan to negotiate additional quantities of gas.

“Regarding ‘Toplofikatsia Sofia’, we are creating a working group of financial and technical experts to find a radically different solution to the issue, that is, a complete restructuring of the company, finding an option for investments and modernization of the equipment, the problem is inefficient work“, commented also Rosen Hristov.

“For LNG, the necessary infrastructure must be provided, as well as the necessary logistics, a meeting is coming up, according to the regulation we must reduce the consumption of natural gas by 15 percent, as the moment for derogation was missed by the previous government,” added Hristo Alexiev.

Vasil Velev, chairman of the management board of the Bulgarian Industrial Capital Association (BICA), announced that opportunities should be sought to compensate businesses at prices above BGN 250 per megawatt hour.

“We have no alternative to the contract with Gazprom in terms of price, the difference is measured in hundreds of millions of BGN per month, which we lose,” said Vasil Velev.

Vanya Grigorova from тхе”Podkrepa” Confederation of Labour added that it is difficult to find funds for compensation for businesses and noted that many more households are expected to experience difficulties this winter.

A meeting of the Energy Crisis Staff was held today. Branch, trade union and employer organizations were present.