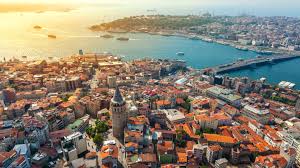 Turkey is keen on increasing its tourist flow through joint tourist packages with Bulgaria and Greece when the land and sea borders fully reopen.  This was announced by Turkey’s Minister of Culture and Tourism Mehmet Ersoy at a meeting with businessmen in Izmir.

Air transport between the countries may be resumed in June after the signing of bilateral protocols.

This was discussed in telephone conversations between the Turkish Minister of Culture and Tourism and his counterparts from the Balkan countries, the BNR correspondent in Istanbul Marian Karagiozov reports.