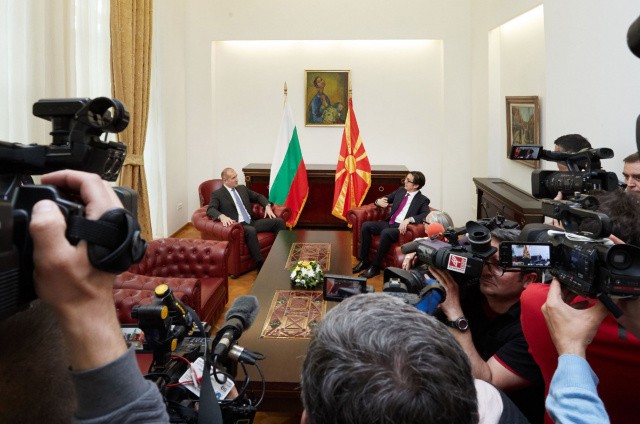 The Heads of State of Bulgaria and the Republic of North Macedonia, Rumen Radev and Stevo Pendarovski, and the delegations led by them will pay tribute together to the work of the holy brothers Cyril and Methodius in Rome.

The delegations of the two countries will travel together to Italy and on May 27 Presidents Rumen Radev and Stevo Pendarovski will lay flowers at the Basilica of Santa Maria Maggiore, where in the ninth century Pope Adrian II blessed the alphabet created by the holy brothers Cyril and Methodius and the books written in it.

Every year, on 24th May, Bulgaria celebrates the day of education, culture and the creation of the Slavonic alphabet by the two brothers, Saints Cyril and Methodius.

Bulgarians consider May 24th the most loved of all holidays. It is marked with festivities across the country. Local schools and cultural centres organise various events to honour the accomplishments of the two brothers, Saints Cyril and Methodius, including laying wreaths to monuments of the two saints, concerts and processions in the main streets of Bulgarian cities and towns.

The two brothers Cyril and Methodius created the Slavonic alphabet in the IX century. They are both regarded as the country’s patrons of education and culture. In 1980, Pope John Paul II declared them co-patron saints of Europe.