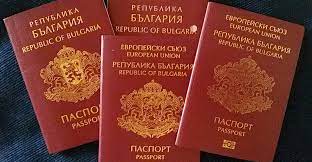 The Bulgarian passport continues to be one of the most attractive in the world. his is shown by the passport index data, which is compiled by the Swiss consulting company Henley & Partners.

People who own a Bulgarian passport can visit 171 countries around the world without a visa. Thus, Bulgaria ranks on the prestigious 18th place, BGNES reports. By this indicator, Bulgaria is ahead of most of its Balkan neighbours. Bulgaria shares 18th place with the United Arab Emirates.

Bulgaria is overtaken only by Greece, which is in ranked 8th because its passport gives the right to visa-free visit to 184 countries. Romania is next to Bulgaria, on the 17th place (172 countries).

The ranking was prepared according to the number of destinations to which the holders of the relevant passports have visa-free access.