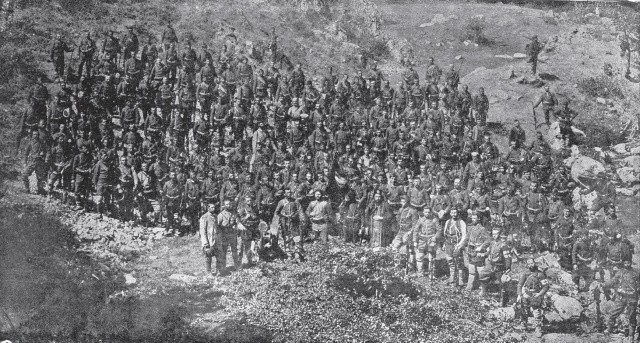 August 2 marks the 119th anniversary of the beginning of the Ilinden–Preobrazhenie Uprising. It is the result of the sharp reaction of the Bulgarian people to the decision of the Great Powers (Great Britain, Austria-Hungary, Russia, France, Germany, Italy) that the regions of Macedonia and Southern Thrace remain within the Ottoman Empire after the end of the Russo-Turkish War, which led to the Liberation of Bulgaria. The struggle against this decision, taken during the Berlin Congress of 1878, acquired an organized character with the creation of the Internal Macedonian Revolutionary Organization (IMRO) in Thessaloniki and a dense network of revolutionary committees of the Bulgarian population there.

In 1903, 10 years after its creation, the IMRO decided that the time had come for an uprising against the Ottoman Empire. After arguments between the leaders whether the uprising should be waged as a partisan war, as Gotse Delchev wanted, the opinion of a permanent uprising of the entire nation prevailed.

The Bitola revolutionary district was the first to rise up en masse, then Lerinsko, Kostursko, Ohridsko and Kichevsko (today within the borders of North Macedonia) were covered. A republic has been declared in Krushevo, in whose administration representatives of every ethno-religious community in the city – Bulgarian, Greco-Roman and Wallachian – were invited to participate. Although it lasted only 10 days – from August 3 to 13, 1903, it was considered the greatest success of the uprising. The revolutionary movement grew in the Thessaloniki district towards Strumica and in Skopje. On August 18 – during “Preobrazhenie” (the Christian holiday “Transfiguration of Our Lord”), the uprising of the Bulgarians in the area around Thessaloniki-Thrace flared up. The last to join the uprising was Sersky District (today its territory is on the borders of two countries – Bulgaria and Greece) – on September 27 – “Krastovden” (“Day of the Exaltation of the Holy Cross of the Lord”).

On September 17, 1903, the headquarters of the uprising asked Sofia to declare war on Turkey. Under the pressure of the Great Powers and the threat of attack from its neighbors, Bulgaria, which was not ready for war, expresses only diplomatic protests against the violence against the insurgent Bulgarian population.

In two months, over 26,000 insurgents waged 289 battles in Macedonia and Thrace against 350,000 troops of the Sultan. The sacrifices were huge. Over 200 villages and towns were burned. Over 30,000 people fled to Bulgaria.

In the famous book “The Liberation Struggles of Macedonia”, the participant in the uprising, Hristo Silyanov, wrote: “The uprising in Bitola and Odrin (nowadays Edirne) was massive. The entire people rose to their feet and tied their fate – life, property and honor – to the outcome of the struggle. No uprising in the Balkans is worth so much devastation and innocent human sacrifices in such a short time. In the face of the insurgent Macedonians, Turkey saw the most complete embodiment of the Bulgarian rebellion. That is why the feat at Ilinden is not only the highest point of combat tension in Macedonia but also a redemptive tribute to the common Bulgarian aspiration for freedom.”

The anniversary of these historical events is an occasion for the whole of Bulgaria to bow before the feat of the saviors for a free life – in many places in the country celebrations will be organized and wreaths will be presented.

For the first time five years ago, Bulgaria and North Macedonia jointly paid tribute to the heroes of 1903. This happened a day after the two countries signed the historic Treaty of Good Neighbourliness and Friendly Cooperation (a consequence of 18 years of negotiations), and delegations led by the Prime Ministers of both countries laid wreaths together in front of Gotse Delchev’s sarcophagus in the courtyard of the Church of the Holy Savior in Skopje.

The expectations that the strong symbolism of this act would have a positive effect on bilateral relations seemed not to be fully justified. Due to ideological differences, the dialogue between the historians of the two countries never led to a mass joint celebration of the historical events, including the Ilinden–Preobrazhenie Uprising.

In our south-western neighbor, August 2 is associated with another memorable event known as “Second Ilinden”, which took place four decades after the heroic uprising in the Balkans. The gathering of ASNOM – “Anti-Fascist Assembly for the People’s Liberation of Macedonia” has been declared “new” in terms of the Ilinden–Preobrazhenie Uprising. It was convened in the “St. Prokhor Pchinski” monastery on August 2, 1944.

There, it is not clear how broadcasted, 60 of the planned 115 representatives of the Macedonian “left” gathered in the territory controlled by the Serbian partisans. Under the watchful eye of Tito’s emissaries, in the presence of specially brought military intelligence from the USA and Great Britain, the communists declared themselves to be both legislative and executive power. They announced that Vardar Macedonia is joining Tito’s Yugoslavia and that a Macedonian language will be created. The essence of the new Yugoslav Macedonia is strongly exemplified with the fact that the meeting was opened with a friendly performance of the anthem of the VMRO (successor of the IMRO) – the song “Rise the Dawn of Freedom”. In 1948, this march of the Macedonian revolutionaries was banned in the People’s Republic of Macedonia, designated as fascist.

Today in Skopje voices of dissatisfaction are still heard that Bulgaria continues to celebrate the Ilinden–Preobrazhenie Uprising of 1903. Without disputing the realities of the “Second Ilinden”, our country advocates the position that the modern Macedonian nation was decreed on August 2, 1944, which is also celebrated by our neighbors. But since the heroes and victims of 1903 are common, shouldn’t Bulgarians and Macedonians today honor them together?