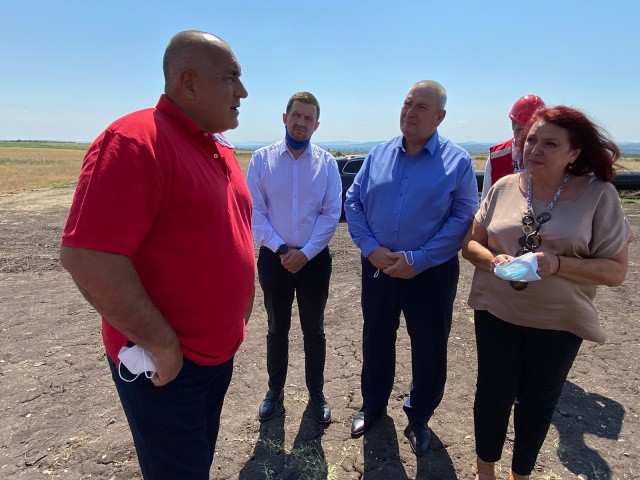 “Bulgaria is building its gas transmission highway – East-West, North-South. Yesterday people saw nearly 500 km of the East-West gas pipeline, today they have the opportunity to see North-South. This is where independence will come from. This was stated by the Prime Minister Boyko Borissov during an inspection of the progress in the construction of the Greece-Bulgaria interconnector on the territory of the districts of Stara Zagora and Haskovo.

“From Ukraine to Greece, what we are doing now is 100% diversification. This is the dream of many generations of Bulgarians. This is where the Azeri gas will come from, this is where the liquefied gas will come from, “said Prime Minister Borissov. He pointed out that all those who oppose diversification are currently in favor of the government’s resignation. “If we do not push this project with all our might, it will not exist,” Boyko Borissov stressed. The Minister of Energy Temenujka Petkova also took part in the inspection of the construction of the interconnector.

The entire route of the Greece-Bulgaria interconnector is 181 km as 151 km are on Bulgarian territory, the rest – on Greek. The cost of the project is 240m euros, of which 110m euros have been provided by the Bulgarian government. Separately, EUR 39 million has been allocated for this purpose under the Operational Program “Innovation and Competitiveness” and EUR 45 million grant under the Connecting Europe Facility.

“This will be an extremely important infrastructure project not only for Bulgaria, but for the whole region, it will give us the opportunity to have a real diversification of the source of natural gas supply,” said Minister Petkova. She informed Prime Minister Borissov that 130 people were working on the route and that all efforts were being made on the Bulgarian side to complete the linear part of the project by the end of the year.

120 km of pipes have been produced for the construction of the interconnector, of which 110 km have been delivered to Bulgaria.

Prime Minister Borissov also pointed out that all important infrastructure projects in the country continue to be implemented – highways, gas pipelines, treatment plants are being built with the help of which the Black Sea coast is clean and encouraged mayors to prepare local projects for even better improvement of municipalities.