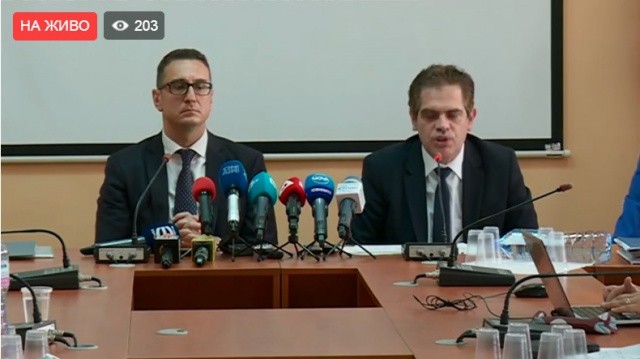 The Ministry of Economy has announced new measures to support companies amid the COVID-19 pandemic, including for the first time since the crisis began a working capital procedure for small and medium-sized businesses, reported Dnevnik.

The authority will manage BGN 391 million under the React EU program. Through it, as well as with funds from Operational Program “Innovation and Competitiveness”, funds will be allocated in the form of working capital and adaptation of the activities of small and medium-sized companies to the coronavirus situation. Projects for digitalization, innovation, investment for growth and green investment will be funded separately, in which case a 20% participation of the companies themselves will be required.

The Minister of Economy Lachezar Borissov pointed out that the new measures have been agreed with the trade unions and employers’ organizations and reminded that legislative changes are needed so that the funds can reach the companies as quickly as possible and not let several months be wasted.

The other two measures are digitalisation, investment for growth, digital and green investment. They envisage that the state authority will provide 80% of the funds needed for investments, and the remaining 20% ​​will be self-financing.

The digitalization measure envisages a budget of BGN 291 million, and in the words of the Minister, the goal is “to readjust the business to be more innovative so as to create better added value”. Under this measure, investments in tangible fixed assets will also be allowed. The focus of the measure related to digital and green investments will be on innovation, the Minister added.

The rules under which the funds will be allocated have not been specified yet, but the general opinion is that the rules applied in the current measures should continue, as was understood at a briefing held at the Ministry of Economy, where both unions and employers expressed satisfaction with the measures.

In response to a question, Minister Borissov announced that he did not expect Bulgaria’s economy to shrink by 20% in Q2 2020. “Certainly the decline will not be 20%, but we hope it will be about half or a little less”, he said.

According to the Minister, the decline caused by the severe blow during the state of emergency will be compensated and the forecast is for the economy to shrink by less than 7% for the year, hence the losses to be lower than projected by the European Commission and the International Monetary Fund.

“By the end of the year, growth will be negative. What we envisage is that by next year, we will have restored everything lost,” Lachezar Borissov said.