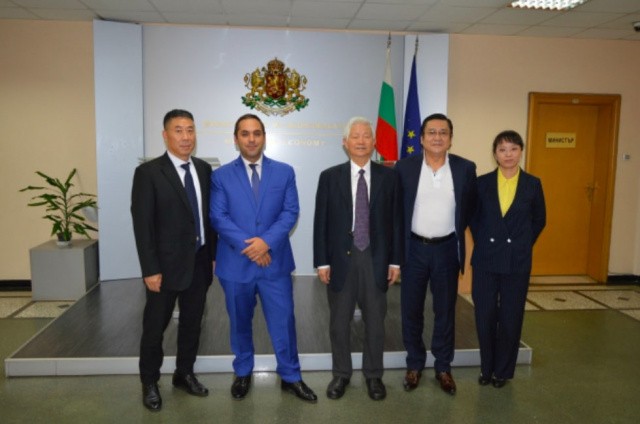 The first EU-certified Chinese manufacturer of electric buses and the only one to receive a European certificate for all its Alfa Bus components are visiting Bulgaria at the invitation of Economy Minister Emil Karanikolov. The two sides discussed in detail the possibilities for cooperation, potential investment, and institutional support from the state.

The meeting was attended by members of the Board of Directors and Deputy Economy Minister Lachezar Borisov.

During the conversation it became clear that the Chinese manufacturer is exploring the Bulgarian market and has a great interest in building a factory, not only for assembling buses but also for producing their batteries, which will find a niche both in Bulgaria and in the European Union countries.

Minister Karanikolov summarized the macroeconomic indicators of the Bulgarian business climate, pointing out that Bulgaria has no competitor in credit rating in the region. Deputy Minister Borisov added that our country will soon be at the forefront of financial stability across Europe.

The Ministry of Economy team is committed to full cooperation and contacts in the direction of future fruitful cooperation. The company is one of the earliest bus manufacturers in China to develop its first electric bus in 2002. The company develops successful R&D and manufacturing activities for key electric bus spare parts such as batteries and electric motors. Alfa Bus uses advanced Japanese technology to produce lithium-manganese batteries. It has technologies for the production of spare parts with its own intellectual property rights.

Alfa Bus is one of the manufacturers that entered the European market early. In 2012, the company received the first EU-type approval for its electric bus. In 2017 he set up a joint venture in Italy with an Italian partner. Alfa Bus electric vehicles are gradually entering markets in Spain, Poland, and other countries.