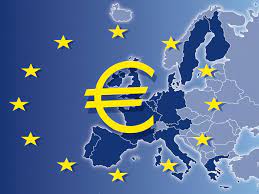 This is stated in a report released yesterday by the European Commission.

The criteria that our country fulfills are stable and sustainable public finances, stability of exchange rates, and long-term interest rates.

We do not cover only the conditions for price stability.

Croatia is the only candidate for the Eurozone that meets all four criteria. The Commission concludes that it is ready to adopt the euro on 1 January 2023. The legislation of the former Yugoslav republic complies with the requirements of the EU Treaty and the Statute of the European System of Central Banks and of the European Central Bank (ECB).

“Although none of the other six countries meets all the criteria at this stage, Bulgaria hopes to join the Eurozone in 2024. We will continue to work closely with Bulgaria, as we have done with Croatia, to support its efforts to achieve this. This goal is only at hand, provided that it meets all the criteria,” said EU Economic Commissioner Paolo Gentiloni.

Only Denmark will keep the krone as its national currency.

The Commission’s assessment is complemented by the ECB’s own convergence report, which was also released yesterday.

Thus, the EU member states that use the single European currency will become 20.

The Commission’s 2022 Convergence Report assesses the progress of the seven countries that have not yet adopted the euro. These are Bulgaria, Romania, Croatia, the Czech Republic, Poland, Hungary, and Sweden.

The EU Council will take the final decision on Croatia in the first half of July after the issue is discussed by the Eurogroup and the European Council. The European Parliament and the ECB must also give their views.

In all six other Eurozone candidates, monetary legislation is not fully compatible with that of the Economic and Monetary Union (EMU) and the Statute of the European System of Central Banks and the ECB. However, in general, all these countries are economically and financially well integrated into the EU. However, some still show macroeconomic weaknesses and/or face challenges in the business climate and institutional framework, which may pose a risk to the convergence process.