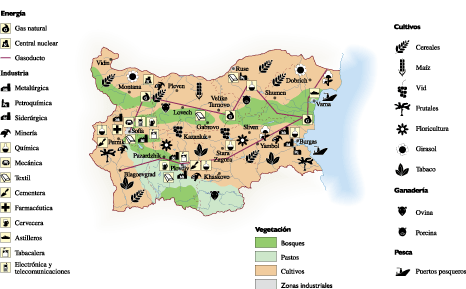 The most important question all countries of Europe, and the world, are now facing is: what are the most effective ways for economic recovery? The pandemic and the subsequent restrictions have had a dire effect on growth spreading to practically all sectors. Despite the rescue measures taken by governments, specialists agree that the coronavirus recession will be serious.

According to the European Commission’s Summer 2020 Economic Forecast, the Eurozone economy will register a drop of 8.7%; Bulgaria’s economy will shrink by 7%.

Although it took steps to contain the spread of coronavirus, Bulgaria did not close down its productions entirely. Some of them, whose products are marketed in Europe and the world, continue to function well. Meanwhile the government introduced a number of measures to prevent a collapse and to assist the recovery of the economy. Several programmes were launched for low-interest credits with a long grace period, grants, as well as job-saving programmes.

The interactive Bulgaria economic map, now available on the Ministry of Economy’s website, is one of the measures in support of businesses. The map will help Bulgarian and foreign entrepreneurs see, at a glance, which region of the country is suitable for their new investment. The map provides easy-of-access information about the jobs available, transport connectivity, salary levels, as well as the numbers of potential qualified staff. This means that if you are wondering whether to invest in Kyusrtendil or Pazardzhik, for example, and the key factor for you is cost of labour, then you will be able to see that there is a difference of about 100 leva in the average monthly salary in the two towns. Professional schools in the region are also marked on the map, as are primary roads and motorways, airports, ports and other infrastructure facilities. Nevertheless, this electronic tool does have its drawbacks.

“What the map doesn’t show is the current picture of employment at any given time, it only gives general tendencies,” explains Zhelyaz Enev, director of Economic Policy directorate at the Ministry of Economy. “The information is to be updated but one of the difficulties is that each source of data is updated at a different time. That could breed confusion, as one indicator would be at an older level, while another would be moving. That is why we update the information at longer intervals, taking into account the update of the data coming from the enterprises so as to avoid any big divergence in the individual indicators.”

The data used in the map come from the National Statistical Institute, the Employment Agency, the Ministry of Education and Science, the Ministry of Transport, the Road Infrastructure Agency.

According to Zhelyaz Enev, latest National Statistical Institute data about the business climate in this country show a modest upturn. Even though there is a certain amount of hesitation among businesses, there have been no cancellations of investments, Zhelyaz Enev adds. This means that despite the problems caused by the pandemic, this country is still a good investment destination.