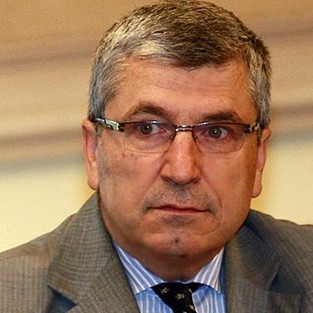 First, because the only measure of evaluation is the forecast for the energy price not only in the immediate but also in the medium term. What exactly will happen when this ME-2 TPP is closed in this abrupt way and especially do they correctly diagnose the problem.

Secondly, because many of them have conflicts of interest and should not make a decision at all, or if they make it they should say that they own subsidized RES or cogeneration, that is, they get paid because the other industrialists are paying. Because we see records for the price of energy, it is also due to the fact that someone has to pay these subsidies and the peak demand. The price of the electricity produced by the Maritsa TPPs is many times lower than the energy they sell. That is, demagogy should have some boundaries, not to mention that decency should also interfere.

Thirdly, I agree that the way the ME-2 TPP is “saved” kills it. Because it makes sense to pour money only where you look for a sustainable solution, and our “heroes” only respond to a crisis, which worsens the prospect of finding the right solution. Pouring money without a solution is like morphine for the terminally ill.

And the ME-2 TPP has a future in modernization through newer technologies and a smooth transition. If the second part of the equation – the option for a smooth transition – is gone, then the government is consciously taking things to a deliberately absurd end, where people are left with the impression that, besides insanely pouring hundreds of millions of levs, there is be no other way. Thus, inaction becomes complicity in the killing of capacities and the destruction of regional balances in three regions.

Moreover, one might even think that this is also a strategy to justify Belene NPP – behind the claims for greenness and climate suitability. The idea is to withdraw public support for the Maritsa TPPs, to counteract the local interest to the national one, etc. Finally, the idle government, consciously having slept through the reaction time, will give the people the “insight” that half a billion levs are needed each year for the TPP to work and the people who are not experts and who do not have the big picture – will put up with this.

As I have said before – I cannot allow my people from Stara Zagora to suffer just because a new grand corruption scheme is taking shape in Sofia. The Stara Zagora MPs, the mayor, regardless of him being from GERB, and all Stara Zagora citizens must understand that the fate of their city is being toyed with.