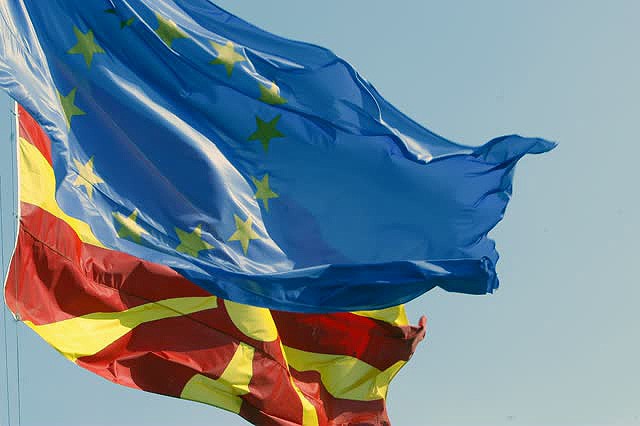 Few subjects are more obscure than Balkan history. It is a complex accumulation of facts and stories of bloodshed which mean nothing to an outsider, unless the violence erupts afresh to offer exciting news stories.

Understandably, only a handful of people could make sense of the recent row between Bulgaria and North Macedonia.

So perhaps it will be helpful to explain the historical background of the dispute, discuss the reasons for Bulgaria’s stubbornness, and a possible way forward.

Put briefly, the Bulgarian government does not want to change Macedonian identity or Macedonian language, as some have said. It wants to clear a huge mass of falsifications and lies which were generated first by Serbian and then by Yugoslav communist propaganda.

This propaganda was part of the very making of the new socialist republic of Macedonia in 1945 and remained intact after the country’s independence in 1991.

Threatened by nearby wars and uncertainties, North Macedonia did not have time to change.

As a result, the explosive mix of ideology, nationalism, and totalitarian methods is still in force today.

The thing that annoys Bulgarians the most is their portrayal as “Tartar, Turkish Mongol fascists, and occupiers”.

This is not an obsolete piece of 1950s propaganda. It is a current and very present image constantly projected in countless pieces in Macedonian media: TV stations, newspapers, radio, websites, films, documentaries, etc.

It is deeply entrenched in the Macedonian school system, where every single reference to common historical and cultural legacy is erased.

I mean literally erased: If a document or a book from the Middle Ages, the 1800s, or the 1900s had “Bulgarian” in its title, Macedonian historians would have it removed and publish the redacted title as the authentic one in their schoolbooks.

The same was done with the work of Stefan Verkovich: “National songs of the Macedonian Bulgarians” was replaced by “Macedonian folksongs”.

The novels of Dimitar Talev were translated with whole pages cut out if the simple replacement of “Bulgarian” with “Macedonian” in the text did not work. The case, made public by his son, reached the European Parliament in 2016.

Examples like this go on and on, from any period and for any historical figure.

The Bulgarian government was aware of all this, but gave support to the new reformist government of North Macedonian prime minister Zoran Zaev.

Instead of pressing Skopje then, it signed a Friendship Treaty in 2017 and helped with the North-Macedonian entry in Nato.

The historical issues between the two countries were to be solved by a joint committee of historians which had to serve as a sort of Truth and Reconciliation Commission, to use an analogy from South Africa.

It had to discuss everything openly: publish original documents, clear the manipulations, and remove the layers of propaganda and hate.

The commission did no such thing. The talks lasted until the entry into Nato was officially ratified in 2019. Then they were stopped and resumed only 11 months later after strong Bulgarian pressure.

The few voices of moderation in North Macedonia, such as former foreign minister Denko Maleski or former prime minister Ljubcho Georgievski, were caught up in accusations of treason.

The historical facts they presented were never mentioned again in the media.

The message of what Georgievski calls North Macedonia’s “deep state” was clear: There is to be no Glasnost and Perestrojka moment in North Macedonia.

All of this could have been somehow accepted by the Bulgarian government, were it not for the fact there are nearly 2m Bulgarians of Macedonian descent in the country.

One-third of the population of Sofia consists of descendants of refugees from Macedonia, who fled the waves of repression of Bulgarian communities, churches, and schools.

The people who fled were teachers, writers, officers, and rebels. Their names populate the schoolbooks in North Macedonia, cleaned of every reference to their Bulgarian identity.

Theoretically, the presence of these people could have served as a bridge. Instead, their voices are treated as a threat.

Their insistence on the importance of historical truth is presented by Skopje as Bulgaria’s attack on the right of self-determination of the North Macedonian nation.

Admittedly, acting otherwise would be very hard for the North Macedonian leaders.

They are not responsible for setting up the propaganda machine. They do not want to be the ones to dismantle it and expose a large part of the cultural elite of the country. So they chose the easier path: evasion, manoeuvering, and all-out diplomatic war with the enemy, the Bulgarians.

I believe it is high time Europe made cultural and historical dialogue part of its enlargement process in the Balkans.

The countries of the Western Balkans need healing after decades of ideology, nationalism, and hate.

Their weak educational institutions and meagre cultural budgets cannot be expected to cope. Europe needs to use its impressive experience in healing and mediation.

North Macedonia should be just a first step in this process.

By Dessislav Valkanov, professor of classical German philosophy at the University of Plovdiv in Bulgaria