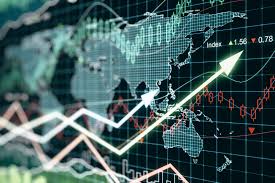 Additional difficulties for small and medium-sized enterprises due to tightening the bank lending regime in Europe are also expected.

Sofia – July 24, 2019 – With an average of 93 days of blocking the turnover of large companies in Bulgaria for 2018, Bulgaria ranks 34th in 36 countries in the global survey of the world leader in commercial credit insurance – Euler Hermes. The indicator gives an indication of the degree of financial discipline of the business and the possibilities for releasing funds for investment, modernization, and expansion. It is defined as follows:

Running of one turnover of working capital, measured in days

Besides the fact that the indicator for Bulgaria is significantly above the average in the world (70 days), it has increased by 3 days compared to the previous year. Only China and Saudi Arabia are with worse management of the working capital. The sectors with the longest average period for one turnover of working capital in Bulgaria are Household Goods (170 days), Cars (164 days), and Metals (134 days).

The Euler Hermes study identifies a negative trend at a global level – the Working Capital Requirement (WCR) of large companies – a measure of financial resources that companies consume to cover operating costs and expenses, and run their businesses efficiently – has deteriorated by +1 to 70 days in 2018, back to the highest (worst) level since 2012. In value terms, this represents a +12% rise i.e. +USD820bn of additional financial resources were consumed by working capital in 2018 – instead of supporting new product development, modernization, geographical expansion, acquisitions, or debt reduction.

The Experts from Euler Hermes expect a correction in inventories and a stronger discipline in payment in reaction to lower global growth and higher global uncertainty in 2019. This would support a decline in large companies’ WCR (-2 to 68 days), Euler Hermes reported.