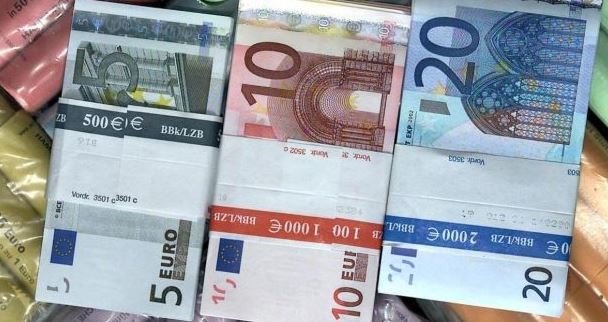 Financial markets have been rattled by the shutdown of Russia’s Nord Stream 1 gas pipeline, as energy pressure on European economies intensifies as winter approaches. The euro fell to a two-year low this morning in early trading on Monday after Russian energy company Gazprom extended the shutdown of its gas pipeline to Germany on Friday night.

Concerns over high energy prices and possible shortages sent the euro further lower against the US dollar, with the single currency hitting US$0.9879 for the first time in two decades, its lowest level since December 2002.

Nord Stream 1 was scheduled to resume operations Saturday morning after a three-day shutdown for maintenance. But on Friday evening, Gazprom dashed hopes of resuming work, blaming a leak. The pipeline will be shut down completely for turbine repairs. From a technical point of view, the shutdown is assessed as unjustified by turbine manufacturer Siemens Energy.

Gazprom made the announcement on Friday, shortly after G7 countries agreed to cap the price of Russian oil to support Ukraine. The introduction of a price cap means that countries that join the policy will only be allowed to buy Russian oil and oil products transported by sea that are sold at a price below or equal to the price cap. Russia says it will not export to countries participating in the restriction.

In response, a number of European governments have unveiled plans to help businesses and consumers cope with rising energy costs. On Sunday, Germany announced a €65 billion package that includes one-off payments for the most vulnerable and tax breaks for energy-intensive firms.

After approaching its historic record of 345 euros per megawatt hour on August 26, set in March at the start of the war in Ukraine, the price of European natural gas fell by 37% last week, AFP recalls. Following the Russian move, natural gas prices rose today. On Monday, the Dutch wholesale gas price for a month ahead, which is the benchmark for Europe, rose 26% before falling slightly.

The Nord Stream 1 gas pipeline stretches from the Russian coast near St. Petersburg to northeastern Germany and can carry up to 170 million cubic meters of gas per day. It is owned and operated by Nord Stream AG, whose majority shareholder is Gazprom.

This is not the first case of the gas pipeline being shut down since Russia’s invasion of Ukraine.

In July, Gazprom completely cut off supplies for 10 days, citing a “maintenance outage.” Ten days later it was released again but in a much smaller volume.