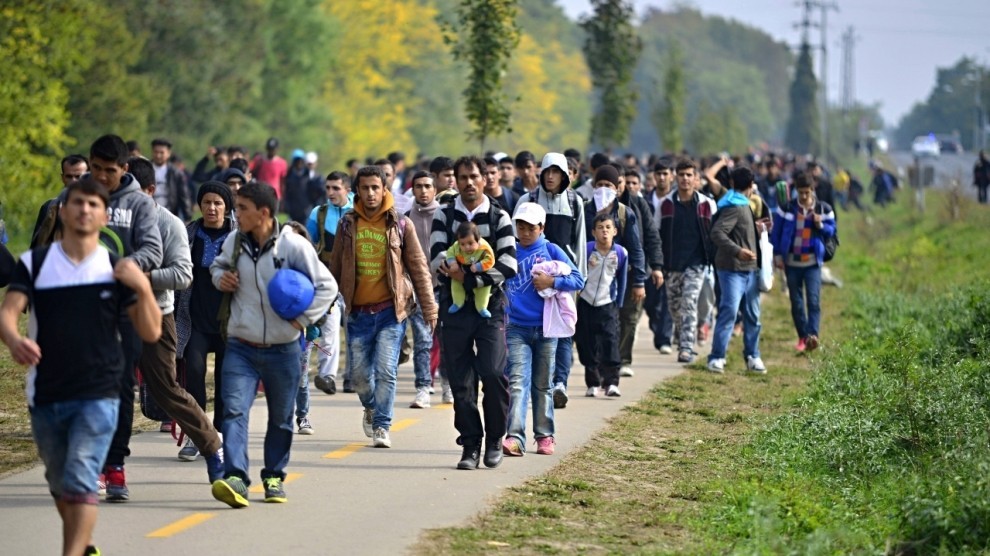 US President Joe Biden’s decision to pull out from Afghanistan combined with the increasing advancement of Taliban insurgents has caused severe headaches in Brussels, as Europe fears a new migration wave from the east, an EU diplomat told EURACTIV.

“The post-US Afghanistan poses severe challenges with regards to migration as we expect an increasing number of people attempting to flee from Taliban”, the diplomat said.

The situation is expected to deteriorate after Pakistan’s decision to shut a major border crossing with Afghanistan, citing the pandemic. The diplomat said these people will seek a way out toward the West and once again Turkey will have to play a key role.

The diplomat explained though that Ankara has so far kept on its soil Syrians and pushed toward the EU border other nationalities such as Afghans, citing as an example the situation at the Greek-Turkish border last February as well as at the Belarus-Lithuania border with Afghans arriving from Iraq and Turkey’s Istanbul.

The diplomat added the EU has been closing following Pakistan’s moves in the region in light of Islamabad’s alleged support for the Taliban and its close ties with Turkey.

“The EU-India rapprochement is not a coincidence,” the diplomat said.

In an interview with EURACTIV, Lithuania’s foreign minister, Gabrielius Landsbergis, said that seen several Afghans already crossing illegally the border with Lithuania that means that the route is already being used.

“To our knowledge, the route has been facilitated not only by Belarus, but possibly also by Russia,” he said.

“This is also an increasingly growing worry, because we know that since Western troops are leaving Afghanistan, there’s a possibility for huge flow of migrants which we are already witnessing in Tajikistan and with Russian facilitation, they could reach European border via Lithuania or even Latvia, Estonia and even Finland and other countries with which Russia has a border,” he said.

EURACTIV also contacted Helena Hahn, an analyst for the European Policy Centre, who estimated that the Taliban is set to take over large parts of the country’s provinces, or even the government, within the next 6 to 12 months.

Hahn projected that destabilisation and security threats will likely compound, if not intensify, factors causing displacement and drive up numbers of people seeking refuge.

“Already now, the Afghan government has asked the EU to implement a temporary moratorium on returns due to the growing violence in the country, which, to me, is a clear signal of a government losing control,” she said.

The expert emphasised the case of women and girls saying they are at a considerable risk as the Taliban’s influence increases.

“It is therefore not unreasonable to expect an increase of Afghan women seeking protection as well,” she said.

Turkey to take advantage of the situation

Hahn said that since 2018 Turkey has increasingly become a destination for Afghan asylum seekers, as opposed to just a transit country, and cited ongoing talks over the continuation of the EU-Turkey Statement and the fact that EU financial support applies only to Syrian refugees living in Turkey.

“I think we can expect a similar discussion developing in the future if numbers continue to rise. Based on what we’ve seen in recent years, it is not unreasonable to assume that Turkey may exploit the situation for strategic purposes to elicit more EU support or policy actions, such as visa liberalisation, which has been on the agenda for a long time,” she said.

“Of course, the EU will have to walk that fine line between allowing people to apply for asylum while also offering support to host communities, such that people are not forced to move onward,” she added.