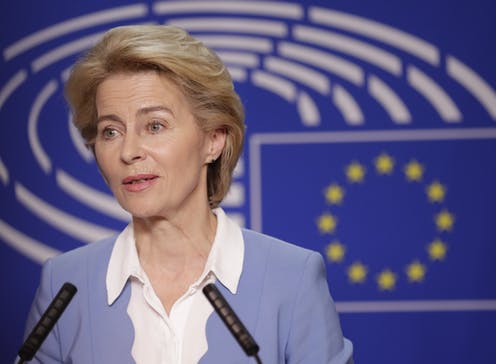 “We need a Marshall Plan for Europe,” she wrote in a guest article for the paper Welt am Sonntag, referring to the recovery program put in place by the US from 1948-1952 to help Western European economies after World War II.

She said that the EU budget was accepted by all member states as a means of leveling out inequalities in a spirit of solidarity and that it should now be tailored to cope with the crisis.

“The many billions that have to be invested today to avert a greater catastrophe will bind the generations together,” she wrote, calling the crisis a chance to renew the feeling of community among the nations of Europe.

Spain’s prime minister, Pedro Sanchez, made a similar call for a new “Marshall Plan” in an editorial for another German newspaper, the Frankfurter Allgemeine Zeitung, but also urged Europe to institute immediate economic measures as if engaged in a war.

“Europe has to establish a wartime economy and put in place measures for the defense, the reconstruction and the economic recovery of Europe,” Sanchez wrote, saying that this should be done as soon as possible to offset the debts that many countries were accruing during the coronavirus pandemic, DW reported.

“If the virus knows no borders, the financing mechanisms mustn’t either,” Sanchez wrote, saying that decisive, ambitious action could turn the crisis into a “chance for the reconstruction of a much stronger European Union.”

The EU is currently enmired in debate about how to deal with the burden of debt among its member states. The finance ministers in the Eurogroup are set to discuss the bloc’s finances during the coronavirus crisis on Tuesday.