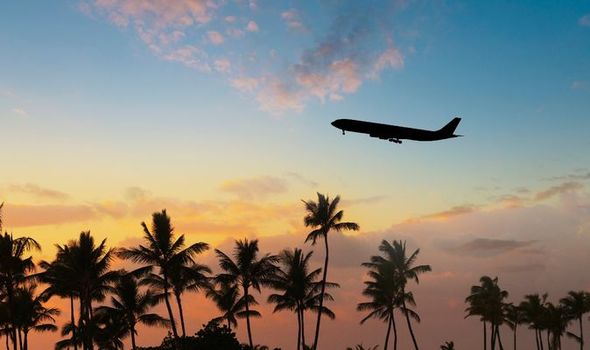 The European Court of Auditors (ECA), which monitors European Union spending and management, announced that it is launching an audit to assess whether the European Commission took sufficient steps to ensure air passenger rights were upheld during the COVID-19 pandemic.

The ECA will also appraise whether emergency aid given to the transport industry by national governments appropriately considered passengers and whether the current legal framework is fit to safeguard air passenger rights in times of crisis.

Irish low-cost carrier Ryanair estimates the total state aid to airlines approved by Brussels since the beginning of the pandemic at more than €30 billion.

“In times of COVID-19, the EU and member states have had to strike a balance between preserving air passenger rights and supporting the ailing airlines,” said Annemie Turtelboom, the ECA Member leading the audit.

“Our audit will check that the rights of millions of air travelers in the EU were not collateral damage in the fight to save struggling airlines.”

The EU auditors’ report is expected to be released in the summer. Part of its aim is to help “restore trust in aviation” according to an ECA statement.

The ECA will specifically look into national governments’ decision to allow airlines flexibility on whether to offer vouchers rather than refunds to passengers. Several national governments backed down from their demand for full refunds following industry complaints about the financial toll this would bring.

The European Commission issued guidelines and recommendations at the time, stating that offering vouchers does not affect the passengers’ entitlement to a cash refund, but the ECA contends that passengers were often pressured by airlines to accept vouchers in lieu of cash.

“In other cases, airlines did not refund passengers on time or not at all,” said the ECA.

The European Commission’s Air Passenger Rights regulation, passed in 2004, gives air travelers the right to cash refunds and to re-routing if their flights are canceled, significantly delayed, or if they are denied boarding.

Passengers stranded in airports as a result of cancelled flights are entitled to compensation such as free meals and accommodation under the regulation.

Attempts to update the regulation have stalled, as the European Council has been unable to agree a common position.

Airlines were blindsided by the COVID-19 eruption across Europe in late February 2020. Around 70% of flights were cancelled due to strict government health measures that discouraged travel to contain the spread of the pandemic.

The travel chaos was compounded by frequently uncoordinated emergency measures by EU countries, such as flight bans, last-minute border closures, and quarantine requirements.

Total state aid given by European governments to airlines since the start of the pandemic is estimated at more than €30 billion, including €11 billion to Lufthansa, €10.6 billion to Air France-KLM, €3.5 billion to Alitalia, and €1.3 billion to SAS.

The EU’s General Court rebuked the claim, ruling that the state aid “does not constitute discrimination”.

In addition to bailing out airlines, 12 EU countries notified the EU executive of state aid measures to shore up their tour operators and travel agencies to the tune of some €2.6 billion.