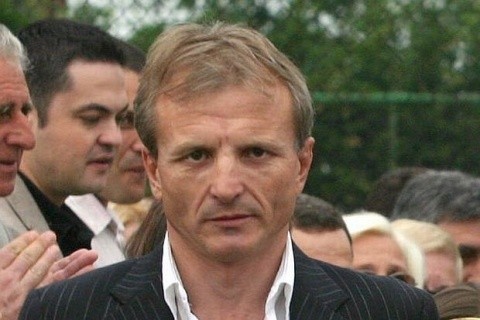 The Bulgarian Football Union blackmailed CSKA to support the president of the headquarters Borislav Mihailov in his battle with Lyuboslav Penev at the congress four years ago. This was stated by the owner of the “reds” Grisha Ganchev. Ganchev claims that he and the leadership of the “Army” were forced to express their support for Mihailov in order to receive the support of the Bulgarian Football Union to participate in European tournaments, and then “The same form of extortion has been going on for three years. to send the statistical report of CSKA for participation in ECT to the UEFA website (an elementary administrative obligation of the Bulgarian Football Union), just because Mr. Mihailov has nothing else to keep us in check “.

This is stated in a letter to Sportal.bg from Ganchev, the executive director of CSKA Filip Filipov, and the lawyer of the club Parva Parvanov, which is in response to Mihailov’s statement that he has helped CSKA twice in recent years.

Full text of the statement of Ganchev, Filipov, and Parvanov:

on the contrary, they further angered UEFA in the arbitration proceedings before the CAS. These two key facts are not mentioned by Borislav Mihailov when he takes credit for CSKA’s return to ECT. This is done with the obvious aim of suggesting that the club and his lawyer have almost contradicted their position on Mr. Mihailov, based on Mr. Parvanov’s general comments on Mr. Mihailov’s influence in UEFA, made during the press conference of CSKA on March 3, 2018.

First of all, the club and its owners confirm the words of Mr. Parvan P. Parvanov that Borislav Mihailov and the Bulgarian Football Union have built a management model in which all actions are required by law and regulations by the Bulgarian Football Union are provided to CSKA in bad faith. manner and only after the dictation of conditions that are not only not followed by the applicable rules, but also routinely and purposefully used to harm CSKA, both reputational and financial. In this case, in order to support the club’s efforts to play in ECT with the letters in question, Borislav Mihailov explicitly demanded that CSKA not nominate and support the candidacy of Mr. Lyuboslav Penev for president of the Bulgarian Football Union.

Subsequently, as Mr. Parvanov rightly points out, the letters were sent, but nothing came of them, and CSKA and the owners were forced to remain silent and continue to finance the two extremely expensive arbitration proceedings before the CAS, which ultimately, Mr. Parvanov and his team led to a successful finish in favor of CSKA. Thus, on March 3, 2018, when CSKA gave a press conference on the occasion of the club’s return to ECT, we and our lawyer were forced to express public support for Borislav Mihailov, because Mr. Mihailov had already secured an easy victory over Mr. Lyuboslav Penev, and held the fate of the next four seasons of CSKA in his hands. The same form of extortion has been going on for three years now, in which we are waiting for the Bulgarian Football Union to send the statistical report of CSKA for participation in the ECT to the UEFA website (an elementary administrative obligation of the Bulgarian Football Union), just because Mr. Mihailov has nothing else to keep us in check. This time, however, we cannot remain silent while Mr. Mihailov tries to attribute foreign merits to himself and to fix his image with CSKA.

These are just a few examples of the “corruption system of indulgences” mentioned by Mr. Parvanov, according to which Borislav Mihailov’s regime has ruled Bulgarian football for 16 years. We all see the result – Bulgaria for the first time in its history is a football dwarf. The reason for this is that the professional football clubs in the country do not have the funds to raise, educate and retain players who will be the next Dimitar Berbatov, Stilyan Petrov, Martin Petrov, etc. And this is because while in Europe the federations are doing everything possible to turn their championships into a profitable business, which will make their clubs independent institutions, functioning on a market principle, in Bulgaria, we are dealing with “services”. Thus, according to Borislav Mihailov, the creation of a football league in which to participate, in his words. ” where the management of Mr. Mihailov had managed to send the largest football institution in Bulgaria. By the way, the same thing that Mr. Mihailov’s management has been helping to happen to Levski Sofia for years – the other big football institution of the country, on which Bulgaria depends to a large extent to have a strong national team.

CSKA politely asks Borislav Mihailov not to do us more favors. All we need is for the rules to be followed, for them to apply equally to all, and for management to be in the hands of competent people. The rest will be done by the investors who give their money to have Bulgarian football and the market. We believe that 16 years is long enough for it to be clear to everyone that Mr. Borislav Mihailov cannot provide these basic conditions, and therefore let him give way to Dimitar Berbatov and his ambitious team. At the same time, we take this opportunity to confirm once again the words of Mr. Parvanov from the press conference of CSKA on March 3, 2018, that Mr. Borislav Mihailov is well placed and influential in UEFA, for which we congratulate him. We believe that the same will undoubtedly become a fact for Dimitar Berbatov when he legitimized himself before UEFA as president of the Bulgarian Football Union. All other factors such as language skills, natural intelligence, academic qualifications, moral and volitional qualities, and career achievements in football, speak unequivocally in his favor. “