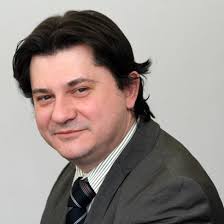 For months, the prime minister has been speaking in unintelligible language, articulating with effort, but it is obvious that he is always in a good mood. Almost nothing is left of the optimism of the voters, but Petkov and his A-team are optimistic.

The impression that Petkov left on everyone was that he was in an unhealthy hurry with regard to RS Macedonia. Before even embarking on the reforms the majority of Bulgarians expected, the prime minister and his foreign policy adviser fled to Skopje. With naive joy, they announced that Skopje had renounced territorial claims with a note to the UN. The visit, which was supposed to be “historic”, remained in the memory rather slightly hysterical. Since then, PCM policy has been disordered because it is designed to serve vague interests and is made with contempt for the opinion of experts, diplomats and observers on the subject.

In recent days, the crisis, which the government only provoked through its stubborn stance towards the RSM, took on new dimensions when Foreign Minister Teodora Genchovska appeared before the National Assembly. acknowledged differences with the prime minister and his foreign policy adviser. And if for Petkov and the councilor the law is not binding, what is left for the Constitution, then for the majority in Bulgaria this is not the case.

While founding his new party, Petkov once again left doubts about another mess – a lack of order in foreign policy. In this chaos, the role of the Ministry of Foreign Affairs and its Minister of Foreign Affairs is rather ancillary. We see Minister Genchovska relatively rarely, and in the days after February 24 her role and that of the professional guild in the Ministry of Foreign Affairs was reduced to informing where and when buses will leave Ukraine for Bulgaria. The peculiar role of the dispatcher was completely strengthened after Valeri Rachev, another person close to Cherneva, was appointed head of the crisis headquarters for inexplicable reasons.

As Petkov speaks incomprehensibly and finds it difficult to articulate his theses in Bulgarian, it remains difficult to understand what his priorities are. He really wants to resolve the issue with PCM, but in his own way, without listening to the opinion of people who long before he rode the change dealt with the topic and are familiar in detail with things related to Skopje and Belgrade, which go beyond far from Petkov’s knowledge. Knowledge that he allegedly has from his foreign policy adviser and that has nothing to do with the professional opinion of key factors, such as intelligence services. His adviser is a man who suggests that he really likes to engage in diplomacy, but with the reflex of a man who does this in his spare time.

It turns out that Petkov not only has difficulty speaking Bulgarian, but he also has difficulty formulating these in English. The prime minister made a serious blunder during a forum of NATO members from the Balkans in Boyana. He then spoke of “minority rights”, thus ruling out the possibility of PCM claims against Bulgaria. Separately, the meeting itself was a serious diplomatic failure because it did not invite the prime ministers or heads of state of other NATO members from Southeast Europe – Albania, Croatia, Greece and Turkey.

Recent events, following the opening of the Ivan Mihailov Cultural Center in Bitola, have sealed the firm belief that Skopje’s rulers have no intention of building a completely independent and free state. They are ready for any defeat just to preserve the Yugoslav totalitarian ideology condemned by history. For them, serving other people’s interests is more important than protecting their own.

After an exchange of visits between Skopje and Sofia, the start of the war in Ukraine introduced Petkov and his team to a new discourse. Again, in difficult Bulgarian, he still cannot explain what and why Sofia is doing. There is a declarativeness in his narrative, lined with parasitic phrases from which nothing follows.

Meanwhile, for Petkov, but also for the Bulgarian society, it became unwaveringly clear that Bulgaria is not able to defend its own security in order to be able to declare itself on the international stage. As much as we want, and it is a matter of consensus to provide support to Ukraine, we do not seem to be able to, because Petkov is not the master of the situation, nor is he of his weak coalition. It is a shame for thousands to see what Petkov does not see.

Domestically, Petkov was a laughing stock, as instead of dealing with the PCM, he had to at least try to fight adequately in the name of reforming the judiciary. The fiasco with Borissov’s detention is still echoing until Geshev’s fate is in the hands of his critics. At the same time, suspicions about the Recovery Plan are growing, but Petkov and Vassilev are still optimistic. They don’t see what the Financial Times sees in Jamcorp, which, if not surprising, would be suspicious. Petkov suffered another setback after the nominated BNB governor candidate resigned. Which proved once again that the prime minister is not running a government, but a group of people with different interests.

The whole policy of this government has been done “on its knees” with the conviction that running a country is an easy task. Like asking for the resignation of the head of the NSO, but not getting it, because you don’t know that it’s not your job to want it. This government does not know at all, it is not educated in many and all key things.

Petkov’s government is the weakest in Bulgaria in decades. It is difficult to even compare whether, after the Liberation, we have had a more impersonal and chaotic management of people who are mostly having fun in cliché and are unable to realize where they are and what their mission is. Something like Nasko Atanasov from Haskovo.