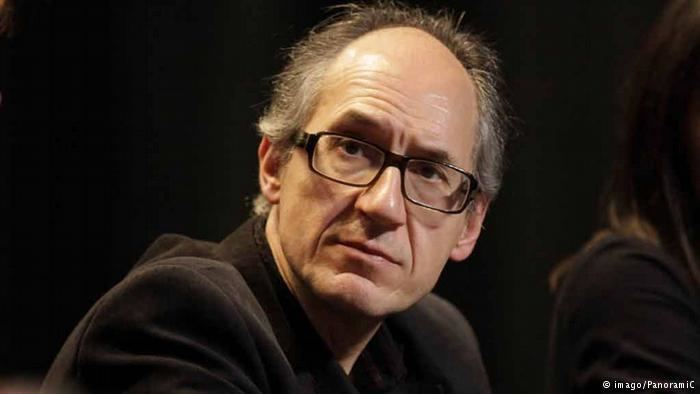 It has been six years since the Islamist attack on the French satirical newspaper Charlie Hebdo. Twelve people lost their lives and millions mourned. “Je suis Charlie” became an expression of solidarity, and Charlie Hebdo a symbol of freedom of speech and press freedom. How did the events of January 2015 change Charlie Hebdo? What is the impact of violence and threats against journalists on press freedom? And finally, is satire really allowed to do everything? Sven Lilienström, founder of the Faces of Democracy initiative, asked Gérard Biard (62), the editor-in-chief of Charlie Hebdo, this and more.

Mr. Biard, the Faces of Democracy initiative wants to support a better understanding of democracy around the world. How significant are democracy and democratic values to you personally?

Winston Churchill said that democracy is the worst system except for all those other systems. There is no better way to describe it. It is not a perfect system, but it is the only political system which admits its imperfections and works constantly to improve. Democracy is not based on the principle of election by the people – because voting also takes place in dictatorships and authoritarian regimes; rather it is about establishing, as a principle, that laws can be debated, discussed, contested and modified. It is for this reason that secularism is one of the pillars of democracy. Not all secular countries are democracies, far from it, but no state based on religious laws is democratic – neither the Islamic theocracies of the Gulf region nor the Vatican. Religious laws are issued according to divine essence, i.e. they are unchanging, indisputable and incontestable. They can govern both public and private life. In my view secularism, as it is perceived in France, is a fundamental and essential value in democratic life. It allows freedom of conscience and the right to believe or not believe, without which freedom of expression is not possible. Or indeed any freedom at all. I will give you an example. Much has been said about the French law which prohibits religious symbolism in schools. But there is one thing which has not been emphasized and which is at the very heart of secularism. When we say to a young girl wearing a headscarf that she has to remove it as soon as she enters the building, we are telling her two things: we are telling her that she has the right to wear it – because she can wear it outside of school; but that she also has the right not to wear it. Secularism is a tool for emancipation and, in this sense, it forms the core of the notion of democracy.

To what extent did the events that unfolded on 7 January 2015 forever shape and change the magazine’s editorial routine and its soul? Have you ever considered quitting?

The primary change is that we now live under protection on secure premises and at a secret address. And this clearly raises the question of the challenge which faces our democracies nowadays: during the 21st century in Europe, in a time of peace, a satirical newspaper, an opinion-based paper, has to be placed under protection in order to continue to work. But the editorial stance at Charlie Hebdo has absolutely not changed at all since 7 January 2015. The simple fact that we are always – and increasingly – being subjected to threats is proof of this. It is inconceivable for us to forgo some of our values, our battle for secularism, for freedom of conscience and the right to express satire and blasphemy. This would mean that the terrorists had won. To say that they were right, those who attacked Charlie Hebdo, the Hyper Cacher store, the Bataclan, the terraces of Paris, the promenade des Anglais in Nice, the Christmas market in Strasbourg, those who created thousands of victims in Europe and across the world and continue to kill in the name of a totalitarian religious ideology. This would give the message to fanatics that their strategy works and that violence and terror are a good method of operating. This is nothing short of racketeering. But we know very well that if we accept submitting to racketeering, it never stops and the price we pay continues to increase. Some employees of Charlie Hebdo preferred to leave following 7 January. For them, it was no longer sustainable and that is perfectly understandable. But the newspaper continues as before with those who remained and those who have joined us since. For me, there was no question of stopping. I was not there on 7 January 2015. I cannot therefore honestly say if my decision might have been different if I had experienced the attack and survived.

Assaults on journalists are on the rise in Western democracies – they are insulted, threatened and attacked. Has journalism become more dangerous in Europe? Does Europe not protect its journalists enough?

Authoritarian tendencies have unfortunately become a reality in many of the world’s democracies as we have seen over the last four years in America and Europe too has not escaped this – I am thinking of Hungary in particular. But I do not believe that this is the primary danger threatening journalists today in general, even though there are legislative initiatives seeking to limit the freedom of the press, including in France. The situation is a paradox. In western Europe, freedom of expression and the freedom of the press have never been as protected by the law and by the courts. However, these freedoms are being directly threatened by individuals or groups of individuals, often in the name of some very noble causes such as antiracism, feminism, LGBT rights etc. The majority of the time it is well-organized militants who exert pressure on social networks at the heart of universities and in the media. They create a puritan way of thinking – Good against Bad – and this is not necessarily dominant, but it is considered such by many editorial teams who prefer to give in to it rather than face attacks from trolls, calls for a boycott or tackling controversy. And this in turn leads to self-censorship. This is what led the management of the New York Times to permanently remove press cartoons from all its editions because they are often a source of controversy. Taken to the point of absurdity, this desire not to shock anyone, to humor various highly active pressure groups on social networks or to foolishly conform to what is deemed to be the “correct” way of thinking at any cost is really the worst form of censorship. Every newspaper and media outlet is, of course, free to follow its own editorial stance. But when this editorial stance is dictated by external pressures – and not by compliance with the law – the freedom of the press is thrown into question. The role of the press cannot be the same as that of the militants. Otherwise, this becomes the propaganda press.

Several defendants in the Charlie Hebdo trial were sentenced to long prison terms – the principal defendant was sentenced to 30 years of imprisonment. How do you feel about the verdicts?

The trial showed that any attack or terrorist attack is not solely attributable to the perpetrator. There are those who set off bombs or pull the trigger but there are also those who are part of the long chain of responsibility which makes the attack possible. Those who sell, transport and hide the weapons, those who supply the documents, vehicles, accommodation, a mobile phone – not forgetting those who push the ideology in justification of these acts. An attack could not take place without all these links in the chain. The concept known as “lone wolf” attacks does not exist. Terrorism is a collective crime. The court verdict stated that all accused were guilty to varying degrees and this sends a clear message to all those supposedly claiming to be unaware of the terrorist nature of the criminal project in which they are participating. It tells them – you are responsible for your actions.

Donald Trump is history – “Trumpism” stays. Do you think the fake news era is over and that trust in the established media is growing again, or has journalism suffered permanent damage?

Donald Trump did not invent fake news; he simply gave it an unprecedented legitimacy through his role. But it will clearly not disappear with him. Even less so because it is intricately linked with the internet and social networks which now play a key role in media production – a quarter of the globally registered Twitter accounts are held by journalists. It has now become normal to consider a tweet or Facebook message as “information” whereas these are merely opinions, often insignificant and lacking in intellect. With the rise of the internet and social networks, what we refer to as “information” is no longer a selection of verified and discussed events all ranked and put in perspective according to the relevant editorial stance; instead, it is a continuous flow of facts, much of which contain little to no journalistic interest yet still generate a stream of comments. In this context, fake news has a bright future ahead, aggravated by the fact that everyone is searching to find the “truth” – while it is preferable to seek to understand reality because the “truth” is forever shifting and changing.

Your 21 January issue features a frail Joe Biden being mauled by a rabid ex-president and called a “thief”. Would you say that Trump’s ousting is a loss for satirists?

Donald Trump is like striking gold for all satirists, that much is clear: to create a caricature of him, you need only imitate him because he is a caricature in himself. But I am not so sure that he will disappear quickly from public life; that kind of personality does not just vanish overnight. Alec Baldwyn should not be too hasty to put away his wig. In any case, I think serious newspapers like the New York Times and the Washington Post will also miss him a lot. He was an easy target and provided them with a comfortable editorial stance.

Mr. Biard, what does freedom mean to you, and do you think that as editor-in-chief of Charlie Hebdo one has to be prepared to give up the basic human need for freedom to an extent in favor of safety?

In order to continue to do my job, defend the values which I consider key and write whatever I want to write, I have accepted a certain number of constraints. I work in premises which resemble a bunker and I am under police protection. My freedom of movement has clearly been affected and I can no longer do certain everyday things like go out for a walk when I see a ray of sunshine at the window, for example. Before doing something like that, I have to alert my security. But I appreciate being able to live in France because in some other countries, I would also have to fear the police – here, they are the ones who protect me. More generally, the threat of terrorism is a headache for political heads of democratic countries. They have to strike a fair balance between the security which they must ensure for all citizens and respecting personal and collective freedoms. It is a very difficult balance to find. For the last year, this has also been evident with the Covid-19 health crisis. And we have seen how fear – whether of a virus or an attack – can push people to graciously accept (or even demand in the case of Covid-19) significant restrictions on their most basic freedoms. In my view, it is here that the danger lies: this may encourage some leaders to adopt authoritarian tendencies.

Mr. Biard, thank you very much for the interview!