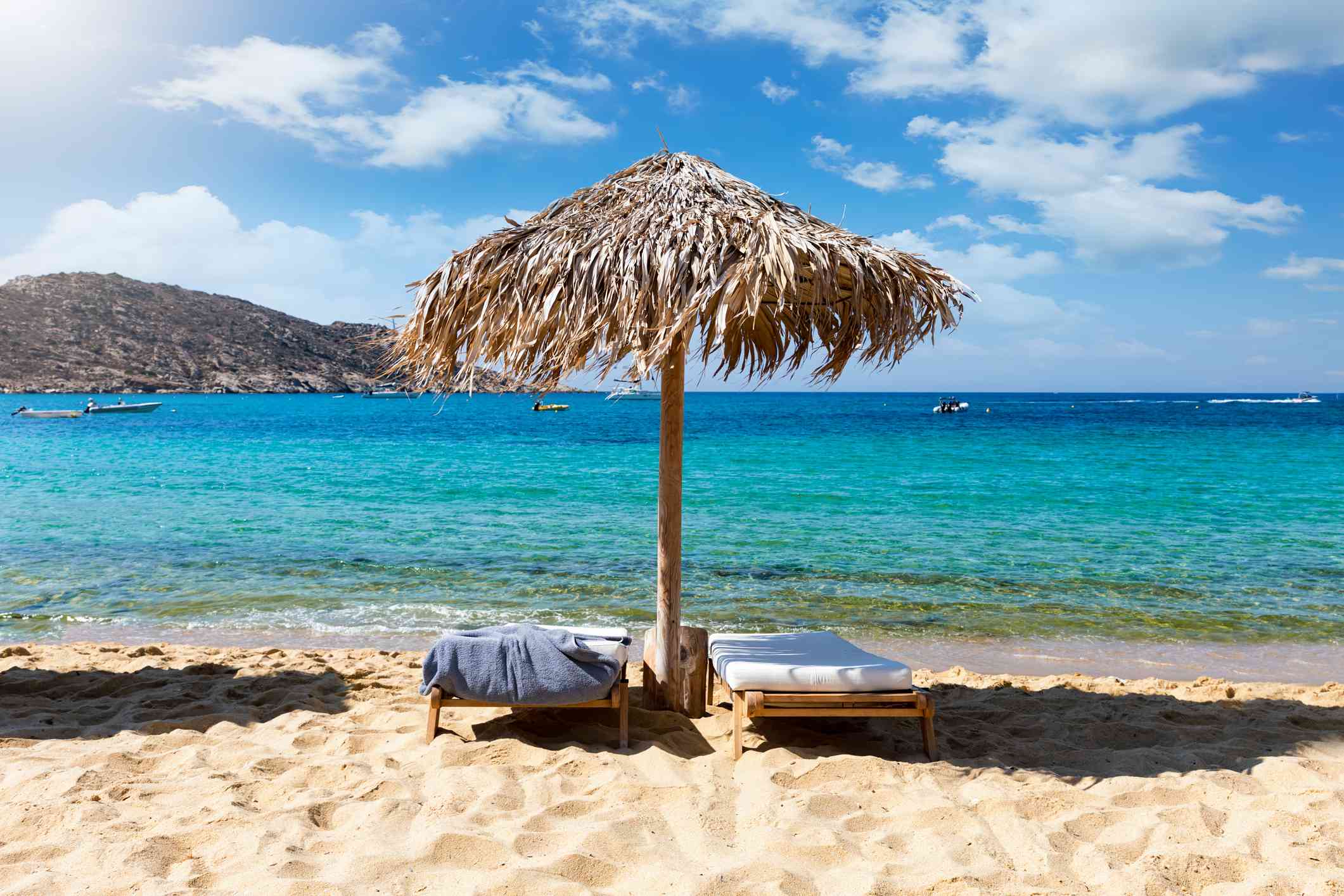 GREECE is opening their beaches again this weekend as the country lowers the lockdown restrictions put in place during the pandemic.

However, visitors will face strict measures and guidelines – which include no booze, music or sports games.

The new rules have been implemented by the Infectious Diseases Committee at the Health Ministry.

From 8am on Saturday, 515 beaches will be able to open, but visitors will face restricted access depending on capacity.

Beaches which have paid ticket entrances will be forced to limit sunseekers, with just 40 people per 1,000 sqm.

Social distancing of 4m must be followed between sun loungers and umbrellas and only two sun loungers are allowed together at one time.

Not only must beach-goers take a towel to place over the sun loungers, but on-site staff must disinfect them between each guest.

Cafes and beach bars can only serve takeaway food and drink, with no tables or table service and anything alcoholic is banned.

Any team sports which require contact, such as football, are banned.

Stelios Petsas, a spokesperson for the Greek government, said: “There will be specific rules and their enforcement will be controlled. It’s an important test that we have to pass with success.

“Now we are called upon to show with rules and maturity that this summer we can enjoy the beauty of our country safely.

“It will be the best passport to rebooting domestic tourism and more importantly foreign tourism.”

Some beaches have already been implementing new measures – one resort in Santorini has installed plexi-glass screens between sun loungers.

Greece has reported 2,760 cases of coronavirus and 155 deaths, one of the lowest rates among European countries.

However, the country is fearing that Brits may not be able to return for the summer, due to a lack of flights and enforcement of 14-day quarantines when returning to the UK.

President of Corfu’s hotel association Charalambos Voulgaris told local media the mainland and the islands were facing the “biggest crisis of a generation”.

He added that many of Corfu’s beaches lie empty, something he fears could continue even if tourists are to return by the summer.

He explained: “We are going to have very low occupancy rates. We don’t know if our hotels will open, when they will open, so we are right now on the brink of very hard times.”

Previous reports warn that 65 per cent of hotels could go bankrupt across Greece.

A study by the Hellenic Chamber of Hotels found that 65 percent of hoteliers say that they are “likely” (46.6 per cent) to go bankrupt, with 18.3 per cent saying it was “most likely”.