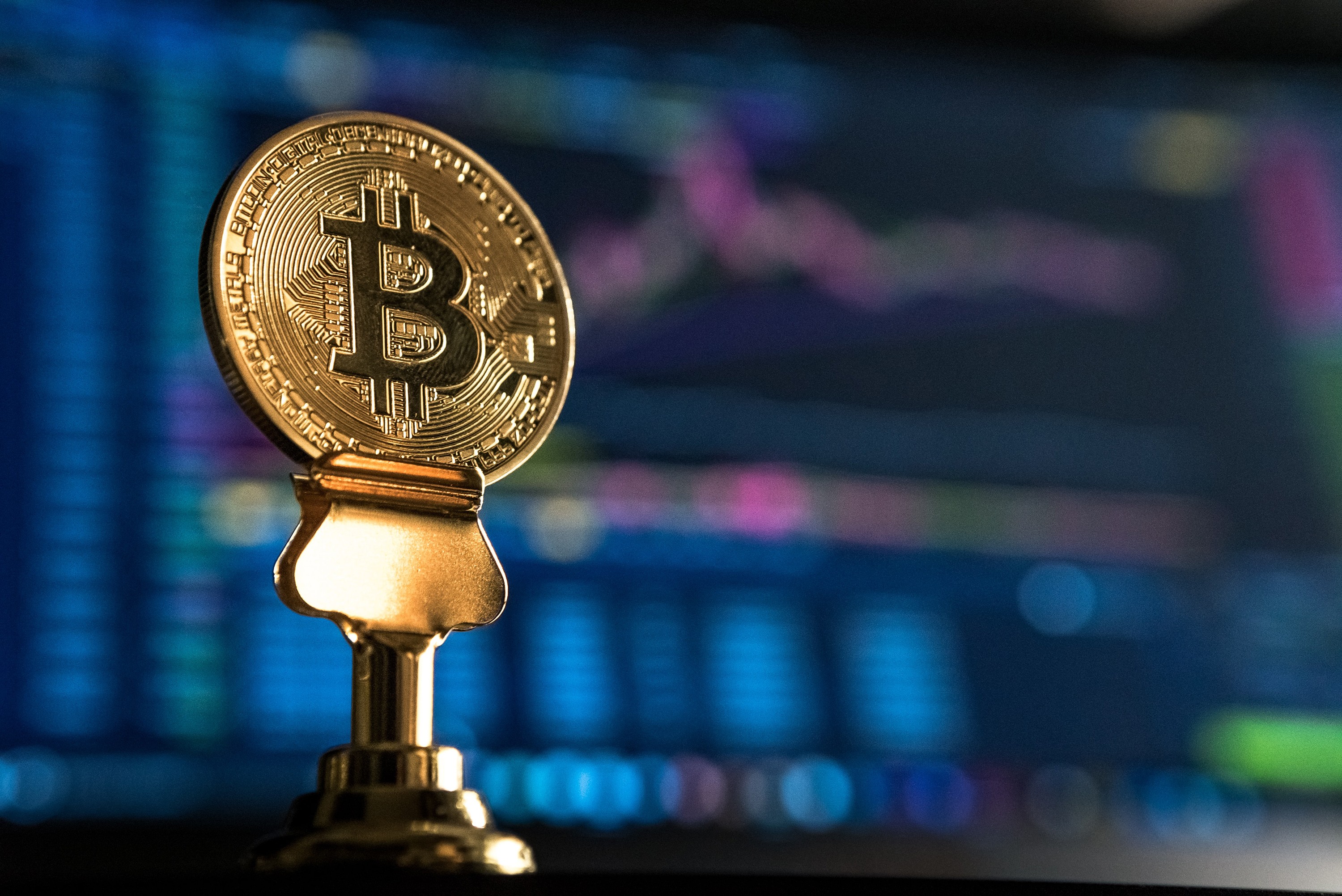 Regulators may still want to imply Bitcoin is merely a tool for criminals, but for many middle-class users, it’s proving to be a lifeline.

Even as politicians like European Central Bank President Christine Lagarde criticize cryptocurrency for providing “loopholes” used for “funny business,” people like Saeed, an Iranian immigrant to France, see cryptocurrency as a necessity, because of the difficulty using mainstream financial systems.

Until 2020, Saeed, who asked to be identified only by his first name, was a software engineer in Iran whose salary barely reached €300 due to rampant inflation. In 2017, he started freelancing for international clients that paid him in Bitcoin. By September 2020, he’d finally saved enough Bitcoin to go to graduate school in France. However, the pandemic made his immigration process much harder.

“I passed all that strange bureaucracy and to get to a course in France last September, with only €1,000 in my pocket,” Saeed said. “HSBC, Banque Nationale de Paris, La Banque Postale, all rejected me, declining to open a bank account. I finally found a bank after a month.”

In the meantime, Saeed used Bitcoin. He is exactly the type of person who benefits from “loopholes” in the traditional banking system.

“Many people in Iran are working with European tech companies,” Saeed said. “Maybe I can’t buy Bitcoin directly from the exchange because of my nationality.”

Saeed thinks Lagarde represents bankers’ and government interests, not average citizens, who are happy to work with him. He said stricter regulations would make his access to the financial system more time-consuming and expensive, because he’d have to pay friends and colleagues to transact on his behalf. However, Iranian migrants are hardly the sole user group relying on Bitcoin during the pandemic.

In the United Kingdom, a British expat named Paul found himself trapped in London when flights back to his Asian country of residence got canceled. Due to tight capital controls in his former country, and the challenges of repatriation during constant lockdowns, Paul was living in between regulatory systems.

“I closed down the business [in Asia] just before the pandemic started. My father passed away and it was difficult to continue my company,” Paul said. “I was in hotels and Airbnbs for weeks and didn’t have a residential address…without Bitcoin I would have been locked out of cash. I could only take money out of the ATM for a certain number of months because it’s limited to holidays.”

Luckily, Paul had a little Bitcoin from earlier that year. Unlike Saeed, he didn’t feel comfortable with the technical aspects, but he learned quickly. He used Bitcoin to buy gift cards for groceries, phone bills, hotels and Uber, plus paid a friend back in Asia to help wrap up his apartment and put things in storage.

“I think it was generally a bad idea but, at least with Brexit, thank god we won’t be subject to whatever Lagarde does,” Paul said, adding that regulation can be beneficial if it avoids restrictions for people who don’t have banking access.

Today, almost a year later, Paul still doesn’t have access to most of his financial accounts. Instead, he downloaded Monzo, a banking app that uses passports for identity verification instead of residential addresses. He pays friends in London to deposit to his Monzo account.

“It becomes really convoluted. I primarily use crypto because it’s easier,” Paul said. “One of my friends is a student from Nigeria and had a similar experience. He used Bitcoin to pay his school fees… I’ve been at my current residence for a couple of months, so I would be able to finally open a bank account. But now I don’t really see the need, especially with the news of negative interest rates.”

Meanwhile, the fiat-denominated price of Bitcoin surged over the past six months. This provided Saeed and Paul both with a little extra capital to spend time figuring out what they want to do next. For Saeed, does it make sense to do the graduate program online, with fewer networking benefits and hands-on experiences (the reason he came to France)? How does Paul move forward with his career now that his family business closed and his sector (music marketing) is in shambles?

Buying Bitcoin could be considered a form of gambling. Indeed, many middle-class hobbyist traders accrued life-changing amounts of wealth over the past year, usually by experimenting with risky software. For people like Paul and Saeed, who generally avoid experimental trades and lack alternative investment options, Bitcoin’s price appreciation is helping them get through a period of abysmal job markets and intermittent lockdowns. People don’t need to live in a dictatorship or a country suffering from high inflation to benefit from Bitcoin. I would know; I’m one of them.

Like many people during the pandemic, my living situation changed dramatically and I initially couldn’t work full-time from home. I was lucky to sell a few poems in exchange for cryptocurrency, usually via direct messages and Bitcoin wallets or as digital collectibles through collaborations with tech-savvy artists. Then the bull market surged again, sending those meager earnings high enough to cover some of my bills. A valet worker and student in Kansas named Hess had a similar experience.

Quarantine helped kill his relationship of six years and he found himself needing to move out. He put his savings into Bitcoin during spring 2020, so that by December he was able to move out.

“COVID hit and I was out of steady work for four months,” Hess said. “Honestly, if it wasn’t for my decision to basically throw 70% of my net worth into Bitcoin, I don’t think I would be in as good of a place mentally and financially.”

To be clear, that is an extremely risky financial move and I would not advise it as a first resort. Yet, for many people experiencing unexpected change due to COVID-19, Bitcoin has become the lifeline it was for Hess.

Over the past year, Bitcoin donations may have gained popularity with several American communities, including some of the extremist groups involved with storming Capitol Hill. Incoming Treasury Secretary Janet Yellen echoed Lagarde’s concerns about Bitcoin being used for criminal activities.

However, so far, the analytics company Chainalysis estimates such donations add up to roughly $522,000. These numbers might also be compared to the cumulative totals managed by other subjects referenced in this article. For yet another lawful example, Lawrence Douglas, a former operations director at an event security company in California, lost his job as a result of the pandemic.

“Cash App pretty much changed my financial life,” Douglas said. “Bitcoin prices during the calendar year of 2020 provided me with lots of wiggle room, while I currently search for a new job.”

As an unemployed Black man, he was statistically less likely to have connections who could help him learn about stocks or precious metals, for example. He said Bitcoin, comparatively, has a “low barrier to entry.” In April 2020, he turned his stimulus check into a little Bitcoin nest egg. By November, he was utilizing a strategy called dollar-cost averaging, routinely buying small amounts of Bitcoin.

Douglas, like Paul, first bought cryptocurrency during the pandemic. On the other hand, when I interviewed more than a dozen Bitcoin users across Europe and North America for this article, most of them were crypto veterans who said Bitcoin gave them “peace” during the year-long crisis. Anesthesiologist Quentin Lobb, for example, said “bottom line, our net worth grew tremendously in 2020, thanks to Bitcoin. It has provided a pleasant and exciting sense of financial security.”

Yet another crypto veteran, Texas real estate agent broker Brandon Arnold, said the national political and economic situation was more “mentally taxing than ever before.” Against that backdrop, controlling a fraction of his own wealth gives him a sense of security. The price appreciation helps too, to be sure, though it’s not why Bitcoin is now so popular with middle-class users.

“If I factor in the risk of not having access to my capital, the price volatility doesn’t really matter,” Paul said. “As long as the price of Bitcoin doesn’t go to zero, it’s still more useful for me than the other options available.”