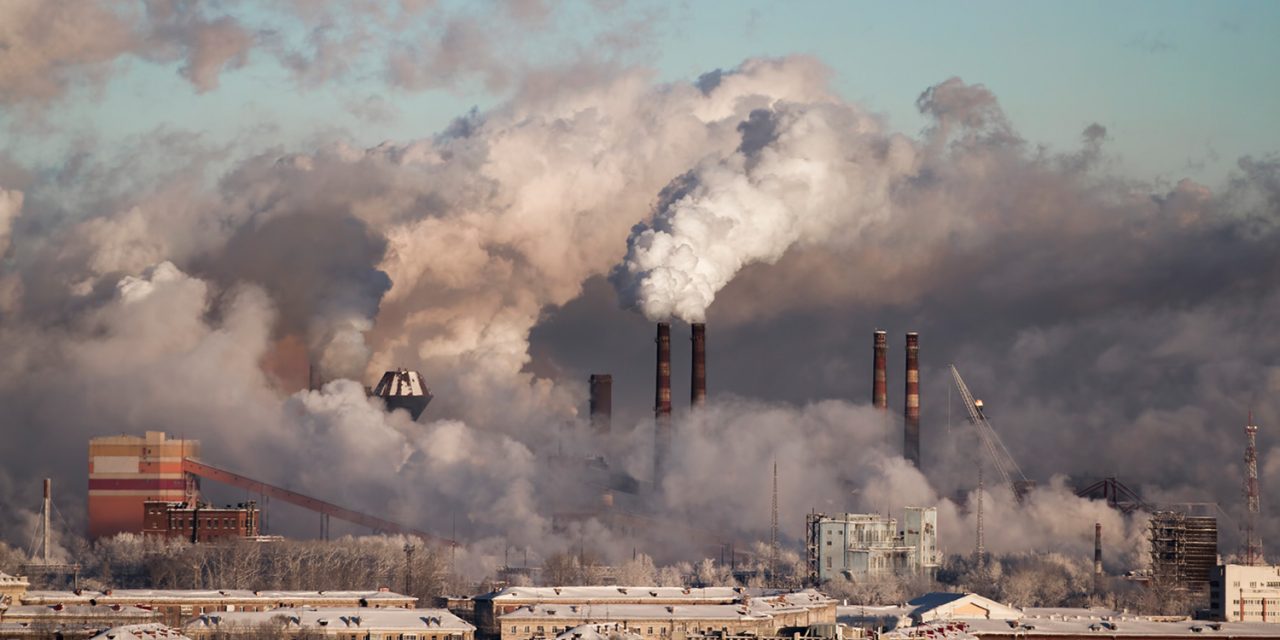 The International Energy Agency (IEA), which has compiled the new data, says ensuring that 2019 marks a definitive peak in global CO2 emissions will be “extremely challenging”.

The IEA says the COVID crisis in 2020 triggered the largest annual drop in energy-related carbon dioxide emissions since the Second World War.

It also says avoiding a rebound in emissions requires “rapid change” around the world in how energy is used and produced.

In April 2020, global emissions registered their largest ever monthly drop. But by December they were two per cent higher than the same month a year earlier.

“The rebound in global carbon emissions toward the end of last year is a stark warning that not enough is being done to accelerate clean energy transitions worldwide,” said Dr Fatih Birol, the IEA executive director.

“If governments don’t move quickly with the right energy policies, this could put at risk the world’s historic opportunity to make 2019 the definitive peak in global emissions.”

“In March 2020, the IEA urged governments to put clean energy at the heart of their economic stimulus plans to ensure a sustainable recovery. But our numbers show we are returning to carbon-intensive business-as-usual.

“This year is pivotal for international climate action – and it began with high hopes – but these latest numbers are a sharp reminder of the immense challenge we face in rapidly transforming the global energy system.”

China, the first major economy to emerge from the pandemic and lift restrictions, saw a seven per cent increase in emissions in December 2020 compared with a year earlier.

China is the world’s biggest emitter of greenhouse gases and is where the pandemic is thought to have originated. It was the only country that experienced an overall increase in emissions – 0.8 per cent – last year.

Emissions in India rose above 2019 levels in September last year as restrictions were relaxed.

The energy forum also said the recovery of road transport activity in emerging economies in the second half of 2020 was one of the principal drivers of a rebound in emissions.

But in advanced economies, road transport activity remained suppressed throughout the second half of 2020 relative to 2019 levels.

Overall restrictions on movement around the world in 2020 saw a significant drop in transport emissions – with global flight activity down 70 per cent last April compared to the previous year.

The IEA says last year’s fall in emissions of almost 2,000 million tonnes of CO2 is “without precedent in human history”.

Demand for fossil fuels was hardest hit in 2020 – especially oil which plunged 8.6 per cent and coal which dropped by four per cent.

The drop in road transport accounted for 50 per cent of the decline in global oil demand and the slump in the aviation sector for around 35 per cent.

But low-carbon fuels and technologies such as wind and solar reached 20 per cent of the global energy mix – their highest ever annual share.

The pandemic triggered a drop in car sales around the world of 15 per cent – though electric cars bucked the trend with sales growing by over 40 per cent to more than three million.

dvanced economies saw the steepest declines in annual emissions in 2020, averaging drops of almost 10 per cent, while emissions from emerging and developing economies fell by four per cent relative to 2019.

Across the European Union, which saw restrictions in all member states, annual CO2 emissions fell by 10 percent relative to 2019.