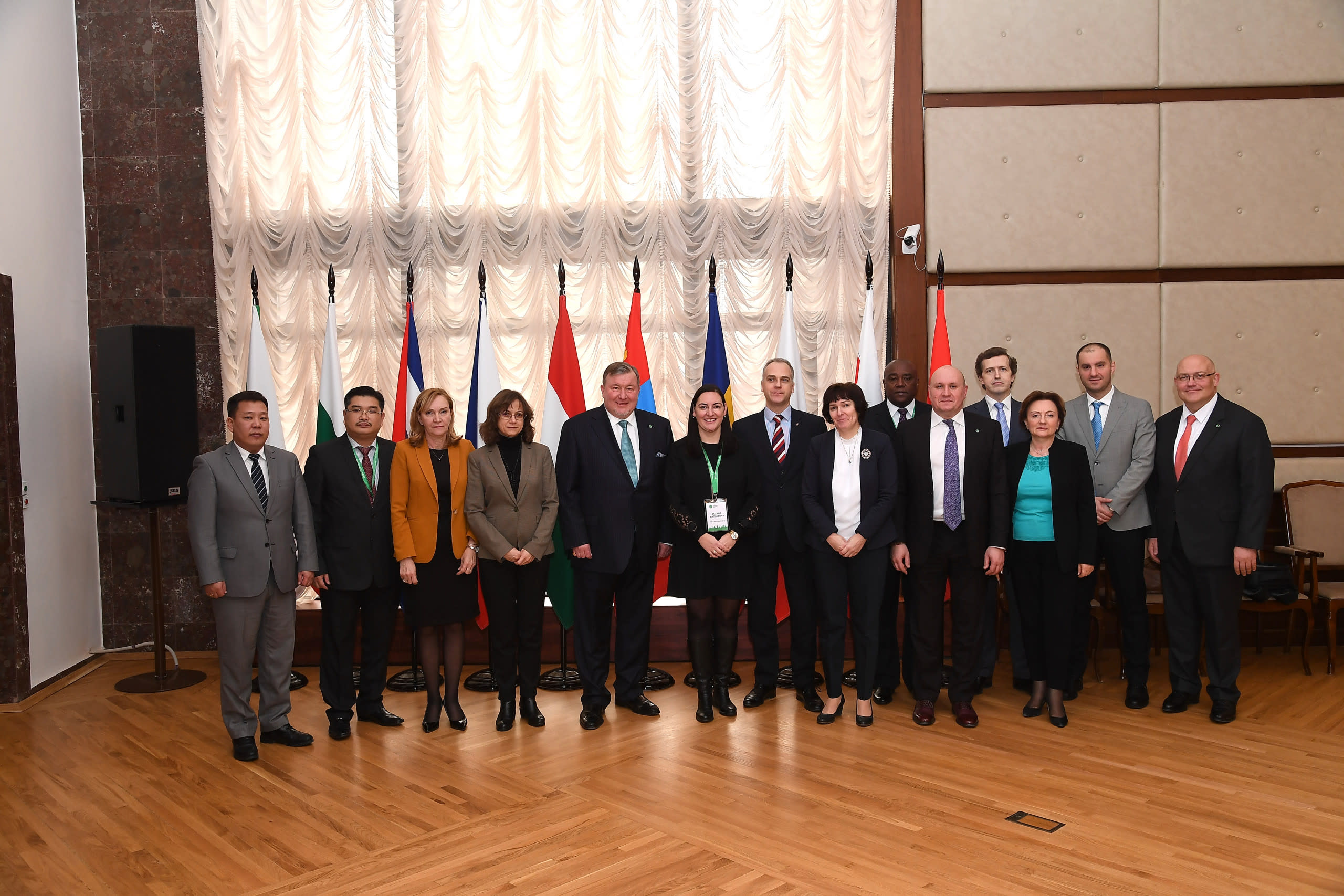 On December 6, 2019, IIB Board of Directors met in Budapest. The meeting summed up the results of the outgoing year, which became not only very successful but to a large degree marked a turning point in recent IIB history.

Addressing the high-ranked representatives of IIB member states, the Chairperson of the Management Board Nikolay Kosovnoted with satisfaction that the unprecedented task of the Bank’s relocation to Europe was successfully completed. Moreover, the first positive results of this decision are already evident.

“In 2019, the Bank confidently got over the bar of the average  “A”  level investment rating, increased its loan and documentary portfolio in all 9 member states to a record  value of 1 bln euros, placed 4 bond issues in Europe, demonstrating record levels in terms of volume and cost of financing, improved the quality of treasury portfolio focusing on A-AAA level securities and green bonds, actively borrowed at negative rates, ”-  emphasized the Head of IIB, – “These indicators are an important evidence of the steady growth of IIB brand awareness and trust of international financial and business community.”

The representatives of IIB countries’ delegations praised the Bank’s efforts to ensure business continuity during the relocation of the Headquarters to Budapest and underlined the positive dynamics in all key indicators since the move. The high growth dynamics contributes to the increasing role of IIB in strengthening of its member states’ economies and in expanding trade and economic ties between them.

During the meeting, IIB Board of Directors approved the Bank’s participation in financing of a number of investment projects, in Vietnam and in the Russian Federation, among others, aimed at supporting such key sectors as hi-tech and innovation, SME support, climate change.

The Board Meeting also supported a number of internal documents aimed at further improving the competencies of the Bank as a modern international development institution. Among them – Policy on the Environmental and Social Sustainability of International Investment Bank, which defines the main priorities and obligations of the Bank towards its shareholders, partners, and business community in the field of environmental and social responsibility.

The next meeting of IIB Board of Directors is scheduled for spring 2020.