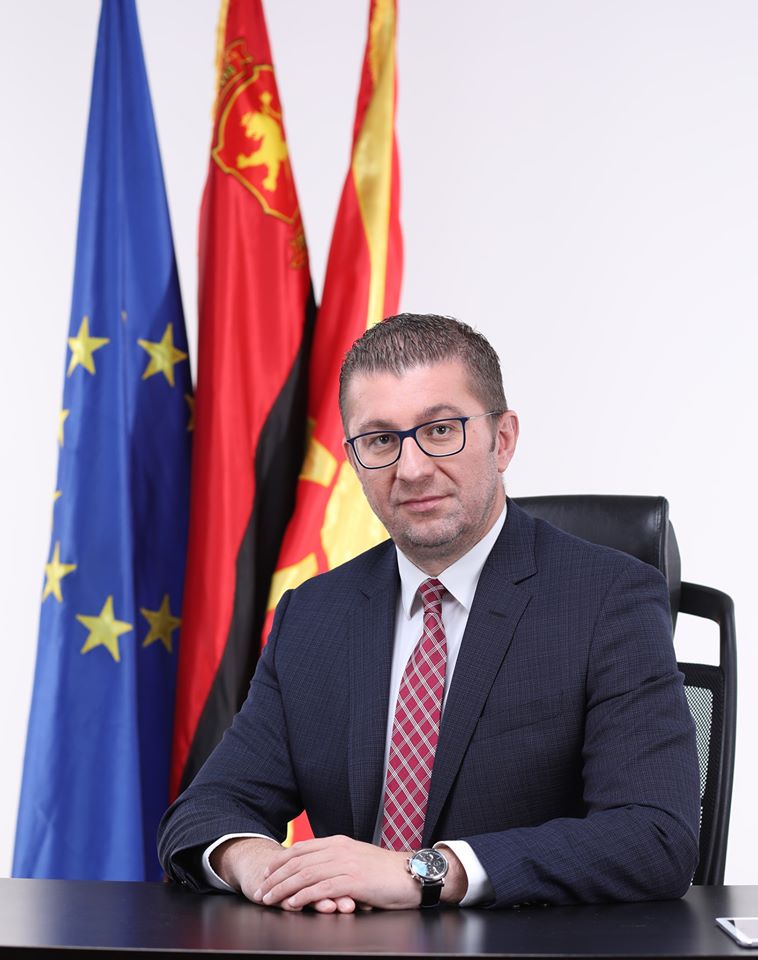 “There will be no change to the Constitution. Bulgarians do not deserve and have no place in the Constitution of Macedonia. We will not give up on the Macedonians in Pirin Macedonia”. This was said by the leader of the opposition VMRO-DPMNE, Hristijan Mickoski, during the first meeting of the party’s veterans.

“At the referendum, the people must decide whether they support or not the Treaty with Bulgaria, whether they support or not national assimilation,” Mickoski said and added: “The Treaty of Friendship and Cooperation with Bulgaria is the source, the basis of the harsh Bulgarian policy towards Macedonia, which denies us the right to exist.” “When we attack an injustice, it is best to strike at its roots. In the last 5 years, we have seen a poisonous tree bear poisonous fruit, and for this reason, it is best to strike at the roots of this poisonous tree and not at its poisonous fruit, such as the Treaty with Bulgaria.”

According to him, “over 60% of Macedonians and over 50% of his fellow citizens supported the referendum and will vote in its support”.

“I am here before you – for the 10th, 15th, 20th time. I want everyone to hear. There will be no change to the Constitution. No matter what the result of the Referendum will be, but I believe in my people and my fellow citizens, that they will come out en masse and vote against this assimilation treaty. I tell you most responsibly and most sincerely: There will be no change to the Constitution because they (Bulgarians) do not deserve this. Because they have not fulfilled either a judgment by the Court of Human Rights in Strasbourg for our brothers from Pirin Macedonia because they deny their existence. They go a step further. They forcefully want us to give up the rights for our brothers in Pirin Macedonia. Well, that will not let it happen! As long as there are us, VMRO-DPMNE, we will not give up on our brothers there. They are hindered by our mobilization. This hurts them. They are hindered by the powerful VMRO-DPMNE,” Mickoski also said and promised to “mobilize the Macedonian people and the majority in the parliament”. According to him, early parliamentary and early presidential elections should be organized in the country during the referendum.

We recall that on September 7, Mitkoski submitted an initiative to the State Election Commission to hold a mandatory referendum with the question: “Do you support the withdrawal of the Law on the Ratification of the Treaty of Friendship, Good Neighborliness and Cooperation between the Republic of Macedonia and the Republic of Bulgaria?”

RNM President Stevo Pendarovski believes that the opposition’s question about the referendum is about interrupting the European path, while for Prime Minister Dimitar Kovachevski it is about inconsistency and the pursuit of personal, party interests to preserve the position of Mickoski in the party.