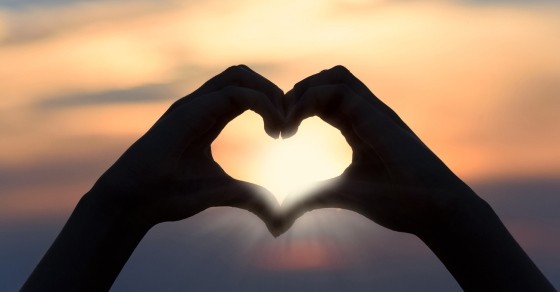 The online dating industry braced itself for the onset of the Covid-19 pandemic, knowing full well that there would be a surge of users looking to engage virtually while on lockdown across the globe. For those that didn’t have the feature already, video chat functions were added to apps to capitalize on the boom.

The statistics tell us that established apps, new startups, and free dating sites have all experienced a rise in messaging, video calls and agreed upon (virtual) dates. Some have been quick to capitalize on the pandemic specifically. A new US site, Quarantine Together, was quickly put together by students and positions itself in the market for lockdown life by connecting people through text and video chat, but only after they have confirmed that they have washed their hands.

All across the globe, however, people have been adjusting to confinement in different ways. But the hunt for romance has not stopped. In fact, it has flourished. But, it’s not always easy due to cultural differences.

Take, for example, Japan, where the practice of goukon (group dating) usually happens first before couples split off to pursue their relationship. In addition, Japanese dating often requires subtle non-verbal signals, something not always possible to express through a grainy Skype call.

In India, site of the world’s biggest lockdown, a press release from French dating site Gleeden claimed to see a 70% increase registrations from within the Asian country. It’s all the more surprising, however, when you consider that Gleeden is considered an extramarital dating app through which users hope to pursue affairs, although it’s not quite as upfront about is as rivals like Ashley Madison.

Down in Australia, daters are getting creative with FaceTime. One Aussie Twitter user explained how she and her date decided to order each other mystery meals through Deliveroo. The compatibility of the dishes, she claimed, would tell them if it was a match made in heaven or if it wasn’t meant to be.

Another plucky romancer, news.com.au reports, decided she would wear sweat pants and give makeup a miss. She posted on Twitter, “Last night I had a first date via FaceTime. Sweats on and no makeup because if you can’t handle me during my Quarantine, you don’t deserve me during Freedom.”

The debate over what to wear, or more aptly, what not to wear, has popped up a lot on social media, with some claiming things like pants are somewhat redundant for a date when you only see the top half of the other person. “It’s the future of dating.”, one Twitter user said. Over in New Zealand, lockdown life has perhaps caused some panic-buying for singletons, with the Guardian reporting on sales of sex toys tripling.

France adjusts to dating on lockdown

In France, a country where much of the population decided to ignore initial lockdown advice, something which resulted in over 350,000 people being fined, there has been a gradual changing of habits on dating sites. French Cosmopolitan reported on humor being the weapon of choice for establishing connections, including one bio that read “I have two bottles of hydroalcoholic gel and three rolls of PQ (toilet paper).”.

The BBC reported on new couples across the globe who had taken a leap of faith by deciding to cohabit rather than run the risk of being separated by a looming lockdown. These stories often involved international travellers who feared (correctly) that their opportunity to reconnect would be taken away once planes got grounded. Others found romance by being forced to quarantine with strangers in hotel rooms in cities like Paris and Hong Kong.

Across the globe, virtual weddings have been taking place with guests watching the ceremony on live streams. From India to Indiana, couples have been making the most of it by kitting out their living rooms for the occasion. As you might expect, wedding planning businesses have been quick to adapt to the new circumstances by pushing out guides like “How to Plan Your Virtual Wedding.”.

Amidst all the romance, a stunning statistic that tells us much more about the way dating was going before the coronavirus outbreak. According to a survey from Dating.com, almost 60% of respondents said they prefer online dating over meeting a date in person. It’s a remarkable testament to how online dating has quickly gone from something seen as a stigma to the preference of the mainstream.

Physical distance no longer a barrier to love

We cannot judge yet how something that causes so much global upheaval will ultimately change dating, both in the virtual and the real world. But it’s interesting to speculate how attitudes might change, especially as we are adjusting to dating remotely. Given that physical distance no longer matters, is there a chance that dating apps will no longer prioritize location-based matches?

OkZoomer, a matching service aimed at college students, is already following that pattern by pushing down the importance of proximity in its algorithm. OkZoomer claims that relegating location can lead to more meaningful connections by nudging people away from meaningless hook-ups. Other applications like Tinder and Happn have extended their “passport” features, allowing you to search in other cities and abroad.

Will the lockdown dating boom change attitudes once we emerge fully from the crisis? It’s too soon to tell. But we gather it will only reinforce the consensus that daters are becoming more and more comfortable interacting in the virtual world.