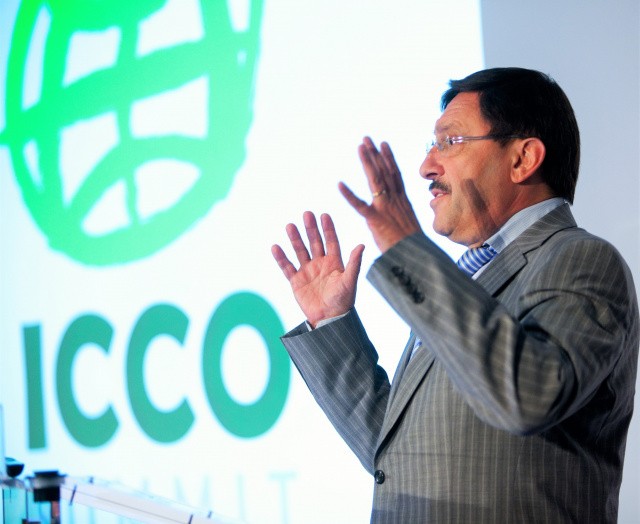 PR expert Maxim Behar was elected Chair of International Growth of the most influential PR organization in the world – the ICCO. As a former president of the organization, he remains part of the Executive Committee and will be responsible for drawing in new members and more countries in the community of PR professionals. At the newly created post, Behar will aim to ensure sustainable and continuous growth of the global organization and to further raise ethical standards and the quality of the global communications business.

Francis Ingham, ICCO Chief Executive said, “We are very pleased to have Maxim take on this role, in which I am sure he will broaden our global community even further. Maxim has for many years played an instrumental role in the growth of ICCO, building meaningful relationships in new markets and connecting PR agencies, associations and people around the world.”

Maxim Behar is one of the most successful ICCO presidents in its 30-year history. During his tenure from 2015 to 2017, he managed to nearly double the number of ICCO members and make it even more influential and recognizable. As president of the organization, Behar visited over 40 countries on all continents and participated in dozens of forums, conferences, and summits.

Recently the authoritative PRWeek magazine qualified him as “the best PR professional in Europe”.

Maxim Behar said, “It is an exciting and dynamic time for PR and communications globally. ICCO is perfectly positioned to welcome new markets into our community as we together work towards sharing best practices, collaborating on raising standards, and shaping the future of communications. I look forward to working alongside the rest of the Executive Committee to continue this international growth.”

Maxim Behar is a globally renowned PR expert, entrepreneur, journalist, diplomat, and alumni of Harvard Kennedy School. He is the founder and CEO of the Bulgarian leading PR company, M3 Communication Group, Inc., as well as Chairman of the Board at the World Communication Forum in Davos, Switzerland. Maxim Behar is also Honorary Consul General of the Republic of Seychelles in Bulgaria. He is a member of dozens of international management boards

He has been the first Eastern European inducted into the Global PR Hall of Fame in London in 2017 and awarded many titles, among them Best PR Professional in Europe for 2020 by PR Week, Global CEO of the Year by The International Stevie Awards, and organizations and in 2017 he concluded his tenure as ICCO President. Maxim Behar was elected Chairman of the PR Committee of FICAC, International Federation of Consular Association, and Communicator of the Decade by the Indian Association of Business Communications. So far he has released five books and his book The Global PR Revolution was ranked among Top 100 Best PR Books of All Time by Book Authority and also made a bestselling record among new PR books on Amazon.