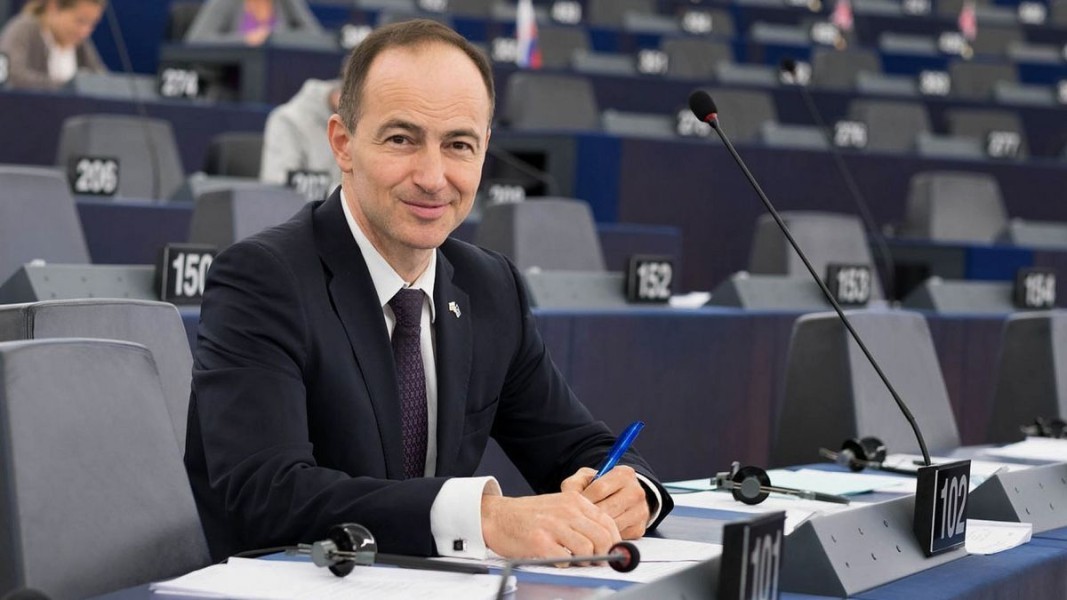 Historically, the remaining geographical area of ​​Macedonia within the Ottoman Empire after the Berlin Congress in 1878 marked the beginning of the so-called “Macedonian question”. This contributed to the great suffering of the then generations of Bulgarians in these lands, which represent the main part of the population there.

Bulgaria has always supported with all its might, even at the risk of its own existence, the struggle of the Macedonian Bulgarians for autonomy, liberation and independence in accordance with what was happening on the world stage from the beginning of the 19th to the middle of the 20th century. This is what Dr. Andrey Kovachev, a Bulgarian politician, MEP, member of the European People’s Party and doctor of biology, wrote in his analysis.

According to all archival documents from this era, the largest percentage of the population of the geographical area of ​​Macedonia is Bulgarian. The other ethnic groups in Macedonia are Greeks, Turks, Albanians, Vlachs, Roma and others. They are all defined as “Macedonians” in the geographical sense of the word. During the time of royal and communist Yugoslavia, a cruel process of denial of the Bulgarian ethnic community took place, through a lot of terror and violence. Let’s remember the so-called Bloody Christmas or Bloody Christmas. Under Tito, the process of disintegration took place. Then, with a communist decree, the Macedonian language was created on the basis of the Bulgarian dialects and dialects from this region.

After the break-up of Yugoslavia, Bulgaria immediately came to the aid of its compatriots. We are the first to recognize the newly created state as the Republic of Macedonia, also providing military equipment to protect it from the potential threat from Milosevic. During the Yugoslav embargo, we supplied them with food and fuel. During the civil war in 2001, Bulgaria defended the territorial integrity and sovereignty of the Republic of Moldova. Our first presidency of the EU was aimed at convincing our partners of the rapid accession to the EU of all the countries of the Western Balkans. We were one of the first to ratify the Treaty on the Admission of PCM to NATO, said Dr. Kovachev.

The Treaty of Friendship and Good Neighborliness with Bulgaria opened the door for the Republic of Northern Macedonia to sign the Prespa Treaty and become a member of NATO. Bulgaria is doing and I am sure that it will continue to do everything possible for PCM to become a member of the EU, but efforts must be made by both sides.

Unfortunately, even today we are witnessing the hatred instilled in Macedonia towards the Bulgarians. She reached new heights, for example with the representative of PCM in Eurovision Vasil Garvanliev and the huge media hysteria, because in the video of his song some recognized the Bulgarian tricolor.

More than 130,000 Macedonians have so far received Bulgarian citizenship based on their Bulgarian ethnic origin, as well as a declaration of Bulgarian ethnic identity. Unfortunately, the vast majority of them fear discrimination and insults if this fact becomes public. Among these people there are many politicians, journalists, academics, businessmen. They all have a great fear of being “publicly sanctified” because it is still considered a “sin.” Vasil Garvanliev is just one of the examples in this direction, says Dr. Kovachev.

According to him, another evidence of the problems in relations is the pressure on citizens of the Republic of Northern Macedonia who receive Bulgarian books. The case of Viktor Stoyanov, organizer of the civil initiative “Send a Bulgarian book to the Republic of Northern Macedonia”, who was denied the right to deliver books to Bulgarians in Macedonia, is indicative. Thanks to the intervention of the Ministry of Foreign Affairs, the initiative was implemented. The cases of pressure on Macedonian citizens from Resen, Bitola, and Kochani are also inadmissible.

In March, the European Parliament voted on the annual report on RS Macedonia with two amendments, which were adopted. They were related to the EP’s decision that previous recommendations for non-discrimination of people who openly declare their Bulgarian affiliation or origin have not been implemented and it is still a problem to say that you have something in common with Bulgaria. The second amendment insisted on historical reconciliation based on our common Bulgarian history, as enshrined in the Treaty of Friendship and Good Neighborliness.

Let’s not forget the series of analyzes that were published by the lobbying institute based in Ljubljana and with the pretentious name:

International Institute for Middle East and Balkan Studies. The purpose of these analyzes is to undermine and discredit the prestige of Bulgaria, through false, distorted, and manipulated information. Three of the institute’s directors are former advisers to Zaev, and until recently the government in Skopje was on contractual terms, paying the institute. That is why I insisted that Prime Minister Zaev and the RSM government immediately distance themselves from this slanderous campaign. Unfortunately, they did not.

What is happening between Bulgaria and RS Macedonia is not an ordinary cultural-historical dispute, but a matter of respect for basic human rights, non-discrimination, and denial of hate speech. Bulgaria rightly wants clear guarantees that these negative tendencies and inertia of the communist past will be overcome. The young European generations in the Republic of Northern Macedonia must not receive an education based on the falsification of history. The implementation of the Treaty on the Common History of the Two Current Nations and the unblocking of the work of the joint academic commission, which should be based only on historical sources from the respective era, are the basis for PCM’s progress towards the EU, Dr. Kovachev emphasizes.

Our mistake, if it can be considered a mistake, is that we deeply and naively believed that together we would be able to solve this historical problem. In the last 30 years, we have never allowed ourselves to bring the problem to the international level and to actively introduce and lobby the political and academic community in the world for our just cause. We thought that, fraternally and as historically closest, we would be able to cope on our own with the heavy legacy bequeathed to us by communism. Unfortunately, the post-Yugoslav elite in Skopje clearly did not have such intentions and continues to invest resources and a lot of money for slander against Bulgaria.

This is not only a national cause, but also an issue of justice and democracy. I expect that regardless of who is in power in Bulgaria, this policy from the Framework Position and the declaration of the Bulgarian Parliament will be followed.

Lies, manipulation, hatred and discrimination are not European values ​​and have no place in the EU. They must be overcome. The common task of all of us is to convince our partners of the fairness of our position. The union makes the strength!, writes Dr. Kovachev.