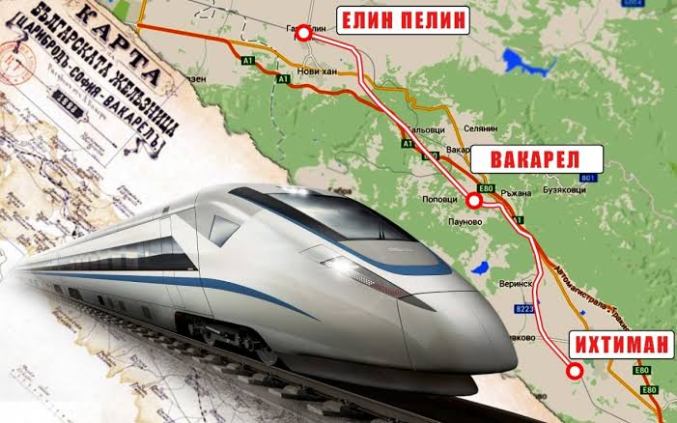 Caretaker Minister of Transport Georgi Todorov gave the official start to the modernization of the Elin Pelin-Vakarel railway line which includes the construction of the longest railway tunnel in the country. The entire section is 20 kms. long, the length of the tunnel is 6.8 kms.

A tunnel of this kind has not been built in Bulgaria since the 1950s when the Koznitsa tunnel was constructed in the Balkan Range, the Railway Infrastructure national company says.

The Elin Pelin-Vakarel section is part of a bigger project – “Modernization of the Elin Pelin-Kostenets railway line” financed under the operational programme “Transport and Transport Infrastructure”. The 20-km. section between Elin Pelin and Vakarel is the most difficult part of the line and will cost 250 million euro.