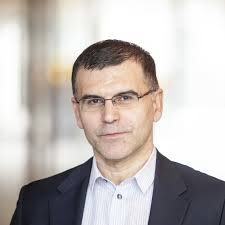 “Three or four difficult months are in store for the Bulgarian economy. Our major trading partners – Britain, Germany, France – are introducing severe ant-epidemic measures and this will affect all sectors of our economy. The difficulties of vaccination are mounting. Investments in Bulgaria last year shrank by 60%. There are no buffers left for the business,” told BNR former Finance Minister Simeon Djankov.

In his words, the incumbent, but also the next government “needs to think not about the deficit, but where to invest more money so that most of the jobs can be kept intact.”

“There is uncertainty about business… There will be much less investment around the world, especially in Eastern Europe.”

“In the world as a whole, more fiscal measures are needed. The next government willneed a budget update and it will be in the sectoral policies… In the next two or three years, I expect a change in tax policy and more and heavier taxes.”

According to Djankov, Brexit will also have a significant impact on our economy. “I expect a surge wave of Bulgarians who will come back home from the UK,” he forecast.