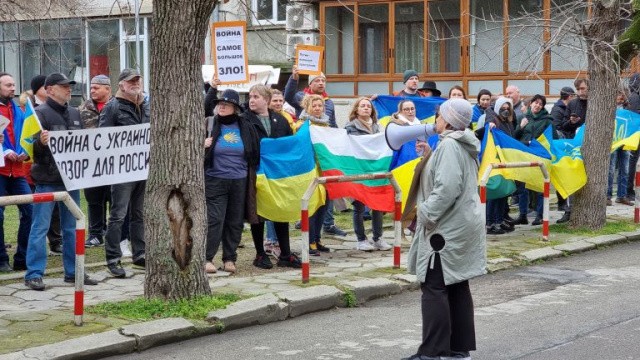 We present to your attention data from a study of “Trend” commissioned by the newspaper “24 hours”, dedicated to the attitudes of Bulgarians towards the main institutions, formations and the war in Ukraine. The study was conducted between 5 and 12 March 2022 by direct semi-standardized face-to-face interview via tablet among 1,007 people aged 18+.

Decline in support for the government. “We Continue the Change” and GERB are already at a minimum distance between them. 40% of Bulgarians have changed their attitude towards Russia in a negative direction because of the war.

The war in Ukraine and the deteriorating international situation lead to a change in the structure of the optimism and pessimism of the Bulgarians for the future of the country. The share of pessimists (47%) is already higher than that of optimists (40%), while only a month earlier the values ​​were reversed.

Last month’s dynamic events, such as rising prices for basic goods and services, sparks between the president and the executive and frictions between coalition partners, have unequivocally affected public sentiment. “Trend” registers a decline in key indicators.

In assessing the work of the president, the dynamics are not so serious, but there the researchers register erosion, which interrupts the positive trend of the last few months. In February, 55% rated the work of the head of state positively, and a third negatively. In March, the positive assessments were 49% and the negative ones 39%.

“Trent” also reports changes in electoral attitudes. For the last two months, “We Continue the Change” has lost 3.5% of its support among voters. The formation around Kiril Petkov and Asen Vassilev continues to occupy the first position, but with a minimum advantage of 1% over its main opponent. The Movement for Rights and Freedoms (DPS) ranks third with 11.4% of those who said they would vote in the next elections, followed by the Bulgarian Socialist Party (BSP) with 10.4% of the vote, followed by “There Is Such a People” (7.5% of voters), “Democratic Bulgaria” (7.4% of the voters) and “Vazrazhdane” (7.3% of the voters) at a negligible distance between them.

The vast majority of 77% of all Bulgarians are of the opinion that NATO should not interfere directly, with military participation, on the side of Ukraine in its conflict with Russia. Only 9% do not share this position.