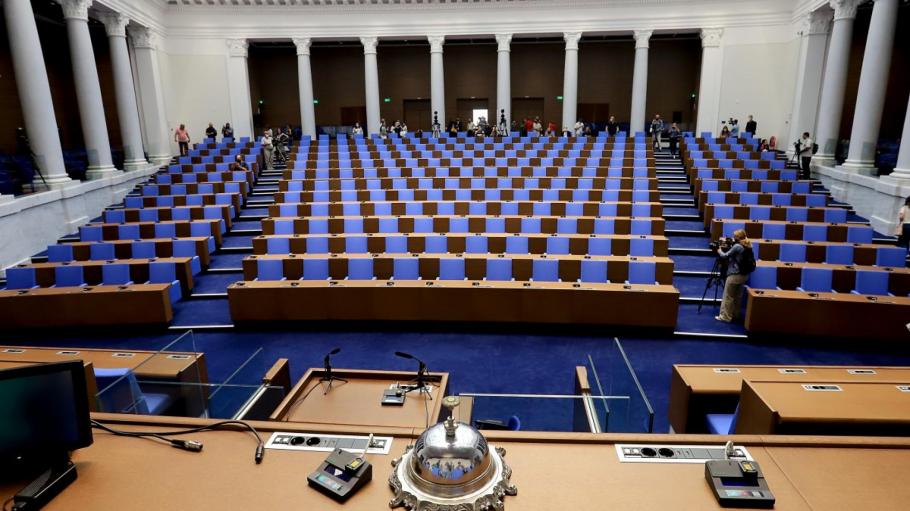 The ad hoc committee that drafts the Rules of Procedure of the new parliament will discuss a tangible pay cuts for MPs. Some of the proposals provide for the resumption of blitz control of the executive in the plenary. Reducing the monthly salaries of MPs from three salaries to one average gross salary in budget sector, or BGN 1570, is the proposal of “Rise up BG! We’re Coming.”

Another part of their proposals provides for the depriving of the MP’s transport privileges and permission for medical doctors to practise even if they are elected as MPs.

Some of the new of the new proposals include the 2/3 bonus on salaries to be transferred only via bank.

The time for comments on the procedure “the manner of handling the session” is reduced from 2 to 1 minute on a proposal from the President of the National Assembly Iva Miteva on the grounds that this procedure is often abused. The draft new rules procedure provide for MPs who have left their parliamentary groups to retain their place on standing committees and for the relevant parliamentary group to supplement their quota in relevant committees. This will allow the lineup of the committees to be expanded.