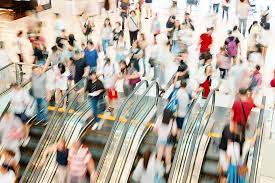 More than 70% of people who took part in an academic survey on the profile of Bulgarians do not believe that the waste collected in separate collection containers is recycled. This is a study, which the journalist Dimitar Sabev does for a dissertation together with the UNWE. The results are working and preliminary and their statistical processing will be more detailed.

40 percent of people discarded purchased but unused goods in the past year, including food that they have recharged, according to data at this stage.

“A very popular poll was obtained. So far, we have collected, with almost no budget, the answers of 1,350 people, which is more than any on-market marketing survey does, “Dimitar Sabev explained to Horizon.

Our homes are full of old and unnecessary equipment.

The poll also shows that over 2/3 of the participants have old computers, old broken mobile devices in their homes – resources that are thrown away in our homes, said Dimitar Sabev.

Every second Bulgarian is looking for a place without a lot of tourists for its vacation, the study of Dimitar Sabev shows.

Most people produce and preserve foods.

The survey asks if you produce household products by yourself and what loan source you prefer – a bank or friends and relatives. It turns out that 44 percent produce food and canned food on their own, and 65% seek financial help from friends and relatives. Sabev noted that it is likely that the percentage of self-produced food is higher because the poll is focused more on residents of the big city.

“Bulgarians generally do not like to live on credit. This was confirmed very clearly – credit enthusiasm is not like that of an American. “Less than 6% of respondents said they had drawn a loan to make a gift, less than 15% actively shopped on the day known as Black Friday. “