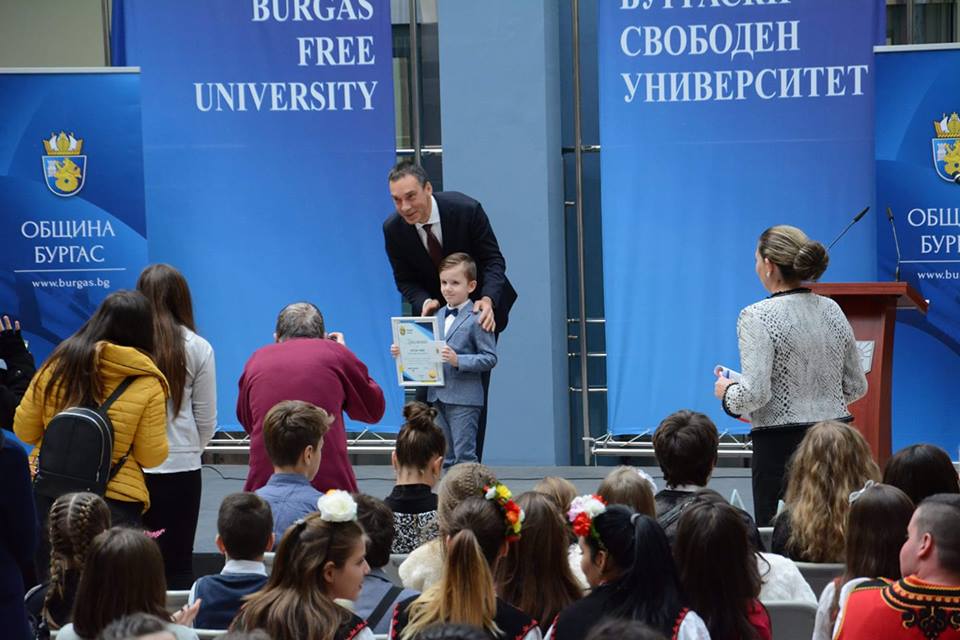 Six-year-old Lachezar Tomov from Burgas, who still attends kindergarten, is the youngest gold medalist in mathematics in the world. Today, he returned to his hometown from the International Mathematical Olympiad in Thailand.

In Thailand, the child prodigy beat the competition of 1,500 participants from 21 countries. He shows us the gold medal and the dice he received as a gift from the organizers. He shares that the race was not easy.
Lachezar has been participating in national and international mathematics competitions for a year. He has already won 14 medals. The child prodigy does not take math lessons. He is cared for by his parents and his grandfather, who does not live in Burgas.

In addition to solving problems, Lachezar loves to play, like any child. The children from the kindergarten welcomed the gold medalist from Thailand with specially made cards, Stiliana Georgieva reported.