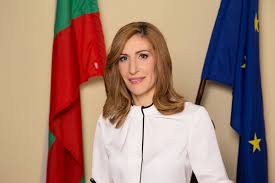 “I hope that in July and August the trips will start to recover and there will be more tourists not only on the Black Sea coast, but also in the interior of the country. We are waiting for the decision of the European Commission on the travel of tourists from third countries, because for us markets such as Russia, Turkey, Ukraine, Moldova, Belarus, Israel are important. We have made proposals in this direction.” This was stated in Velingrad by the Minister of Tourism Nikolina Angelkova. She met with representatives of the tourism sector and local authorities.

The Minister focused on the campaign to promote our country as a spa destination together with the Bulgarian Union of Balneology and Spa Tourism, as well as with the German health insurance funds. As a result of the partnership in September 2019, Bulgaria was included in the list of countries in which insured German citizens can use health tourism products through the cash registers.

“Two weeks ago a conversation was held with the heads of the German health insurance funds in this direction. We have great chances to fill this niche and direct interest in Bulgaria in September and October. We will rely on an active position to promote our spa potential, especially in conditions of a crisis with the coronavirus “, said Minister Angelkova. “This and the following years, health care and security will be among the main motives for people to choose their holiday destination. Therefore, right now spa and health tourism will be the engine to promote the interest and confidence of tourists in travel. We offer quality product, attractive prices and safe living conditions “, added Angelkova.

She explained that Bulgaria’s advertising campaigns to major target markets have already started – the Balkan countries, Israel, the Scandinavian region, Germany, the Visegrad Four. Funds are very limited, especially compared to other countries’ budgets. The ministry has taken a targeted approach. Bulgaria is also advertised on leading world channels such as BBC, CNN, Euronews, National Geographic. The internal market campaign is also under way.

Minister Angelkova spoke in detail about the measures taken to speed up the crisis in one of the most affected sectors – tourism.

“We managed to fight for funds for tourism and transport in the next programming period,” said Minister Angelkova. “We are developing a strategy for rational use of the 13 billion euros provided for Bulgaria and for companies to be included as direct beneficiaries. So far, this has not been possible. We must present our demands in this direction by October and expressed confidence that with European solidarity the sector would recover faster, “the minister added.

The Mayor of Velingrad Dr. Kostadin Koev thanked for the partnership with the Ministry of Tourism. “It is important for us in the long run to return to pre-crisis levels and in this regard the team of Minister Angelkova actively supports us,” Koev said