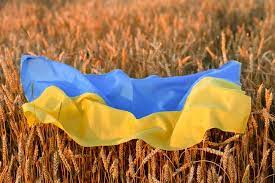 He clarified that it is necessary to build intermodal terminals on the Danube so that wheat can be transferred more easily between land and water vehicles. According to him, for now it seems that the port of Constanta will be overloaded if no additional measures are taken to give priority to Ukrainian exports.

Dmytrasevych expressed hope that Ukraine could export through its ports of Sula and Izmail. He specified that due to the war the export of Ukrainian grain has decreased three times. According to him, before the Russian invasion, 5-6 million tons of grain were exported from Ukraine, and now the quantities cannot be expected to exceed 2.4 million tons per month.

The Ukrainian Deputy Minister proposed that the port of Constanta be used also for fuel exports to Ukraine. There is an urgent need for temporary storage facilities for the Ukrainian harvest due to the destruction of some barns and silos, Dmytrasevych said, calling on the EU to provide assistance and not to stop supplying arms to Ukrainian forces.