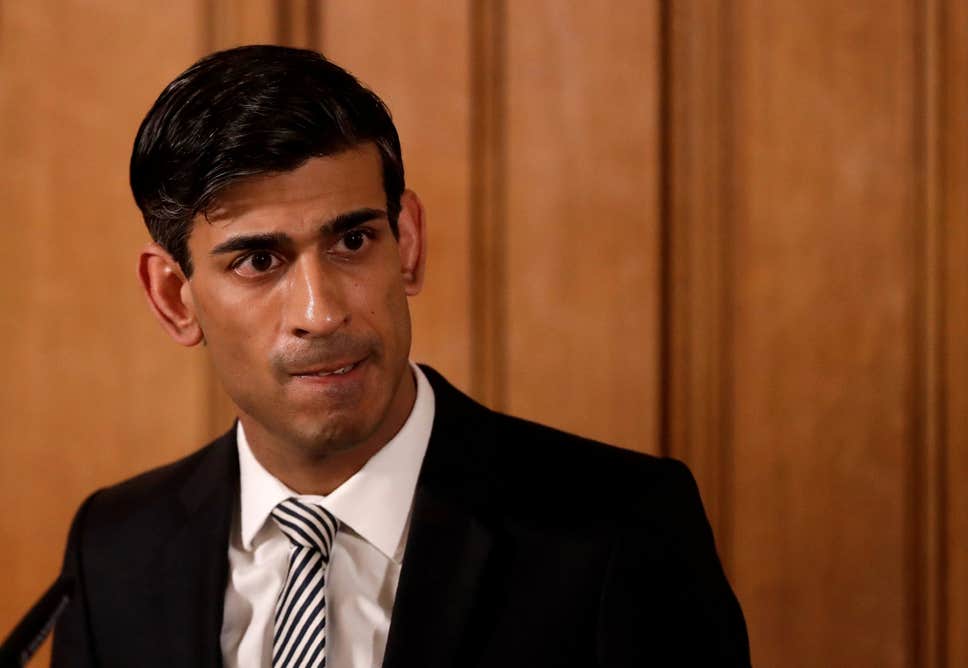 The UK’s debt is now worth more than its economy after the government borrowed a record amount in May.

The £55.2bn figure was nine times higher than in May last year and the highest since records began in 1993.

The borrowing splurge sent total government debt surging to £1.95trn, exceeding the size of the economy for the first time in more than 50 years.

Chancellor Rishi Sunak said the figures confirmed the severe impact the virus was having on public finances.

“The best way to restore our public finances to a more sustainable footing is to safely reopen our economy so people can return to work.

“We’ve set out our plan to do this in a gradual and safe fashion, including reopening high streets across the country this week, as we kickstart our economic recovery,” he added.

Income from tax, National Insurance and VAT all dived in May amid the coronavirus lockdown as spending on support measures soared.

The deficit – the difference between spending and tax income – for the first two months of the financial year (April and May) is now estimated to have been £103.7bn, £87bn more than in the same period last year, another record.

But the ONS estimates borrowing for the 2020-21 financial year will dwarf that at £298bn. That would be the largest deficit since World War Two.

It cautioned that due to the coronavirus, its official estimates were subject to greater than usual uncertainty.

The Office for National Statistics had previously said that April’s borrowing figure was the highest since records began in 1993, but it subsequently revised the figure down to £48.5bn from £62bn.

The revision was due to higher than expected income from taxes and national insurance, as well as the spending on the Coronavirus Job Retention Scheme being lower than originally estimated.

Alex Tuckett, senior economist at consultants PwC, pointed to the 46% fall in the amount of VAT collected in the month, although it said the biggest issue for the government’s finances was the £29bn it spent on the various support schemes for the economy.

“In the near term, there are signs the economy is recovering as the country re-opens, and this should boost tax receipts.

“However, these figures remind us that Chancellor Rishi Sunak faces a difficult backdrop to any summer fiscal event.”

Samuel Tombs at Pantheon Economics said the emergency support measures had placed a “colossal burden” on the public finances.

In a release packed with striking figures, he singled out the fact the government had needed to raise more cash in the first two months of this fiscal year than in total in any prior 10 fiscal years.

Busting the overdraft, with a borrowing figure nine times as high as a year ago is not an easy thing for any government to swallow. In his first full year as Chancellor, Rishi Sunak is on track for the biggest public sector deficit since World War Two,

But it is, he reckons, a price worth paying to prevent a bigger cost to the economy, in terms of lost jobs and output. Billions have been pumped into supporting millions of jobs, and many businesses, while, on the other side, tax receipts have plunged. Those lifelines will be wound down in the coming months, and the government can borrow cheaply on financial markets to fund them.

But what happens next? As lockdown is eased, the Treasury is watching closely, knowing the recovery may need extra support – perhaps tax cuts or more spending. That will present the government with more bills – but failing to provide more help risks an even higher cost.

The chancellor is to present some sort of statement before Parliament ceases for the summer in July – that won’t be a full Budget but may contain some measures to boost the recovery. The tough choices aren’t over yet.