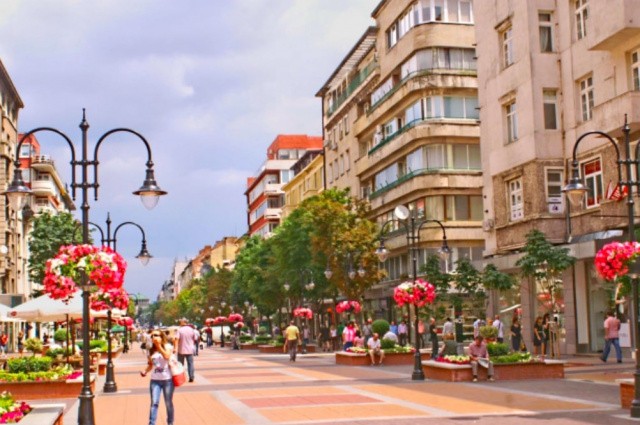 Vitosha Boulevard, known as “Vitoshka” among the capital’s residents, has climbed the ranking of the most expensive streets in Europe, according to a list of a US real estate company.

With a monthly rent of 56 euros per square meter, Sofia’s shopping street reached 46th place in the survey, moving one place higher than last year’s ranking.

The survey covers 448 commercial destinations in 68 countries around the world, BNR reported.

For the last year, the rental prices of the shops on Vitosha Blvd have increased by 12%, which confirms the presence of the boulevard in the Top 50 of the most expensive shopping areas in the world. Other Balkan capitals in the survey are Belgrade with Knez Mihailova Street on 36th position with 90 euros / sq. m monthly rent and Zagreb with Ilica Street – on the 40th position with a rent of 75 EUR / sq. m. The Romanian capital Bucharest stays on the 49th place with Calea Victoriei and a monthly rent of EUR 50 / sq. m. m.

Among the Eastern European capitals, the highest retail prices are maintained by Prague at EUR 235 / sq. M. m monthly rent and 18th position in the ranking.

The most expensive shopping street in the world is Causeway Bay in Hong Kong with a monthly rent of 2164 euro / sq. The second position is for New York with 5th Avenue and a price equivalent to 1,775 euros / square meter. m.

According to the report’s authors, the results of the new edition of the ranking are encouraging and show a steady demand for world-class retail locations across the world.