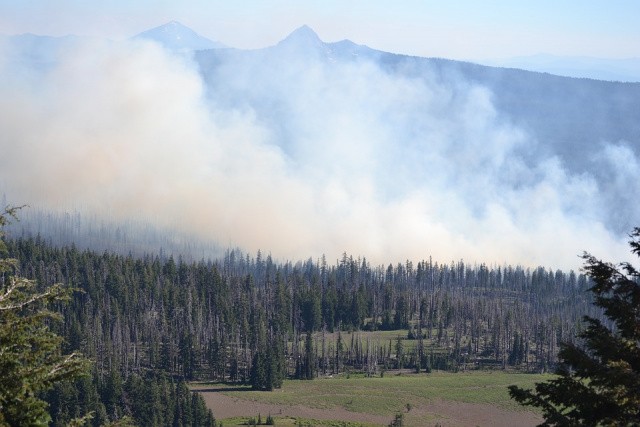 A fire which broke out yesterday in Rila Mountain, Southwestern Bulgaria, affected 1.5 hectares of pine forest, announced the Director of the General Directorate of Fire Safety Chief Commissioner Nikolay Nikolov. In his words, firefighters already have the fire under control.

Firefighters will keep an eye on the terrain for two or three days, informed the reporter of the Bulgarian Narional Radio Nikolay Hristov. Currently, more than 200 people, including foresters, firefighters and volunteers are fighting the natural calamity. The fire most probably occurred due to human negligence – a fire lit near a forest path, explained Alexander Krastev, director of the local forestry.