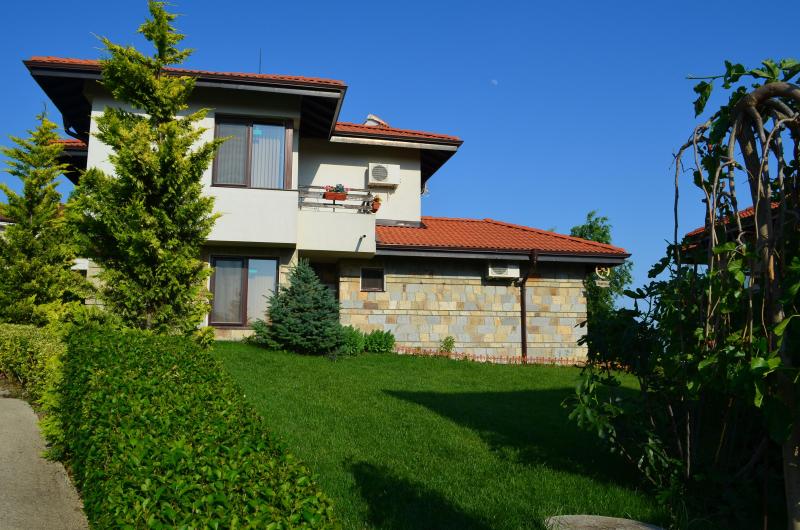 Many people expected the property market in Bulgaria to struggle in 2021. Property around the world was suffering price cuts, the pandemic having left potential home buyers with limited funds. Furthermore, Brexit was expected to have a big impact on British investment.

However, that has not been the case. While property prices saw very little growth at the start of the pandemic, the latest figures show that growth has now surpassed pre-pandemic rates.

Why should this be the case? Does an increase in British investment have anything to do with Bulgaria’s more lax travel restrictions?

Before looking into British investment in Bulgarian property, we need to consider another potential reason for house prices to be rising. The pandemic has led first to stay-at-home orders, and now to an abundance of caution when planning for the future.

In the housing market, this means that more people are staying put in homes in which they’ve found comfort. A lack of sellers has led to a low supply, while demand has steadily increased once more. This is certainly one factor in the rising price of homes in Bulgaria in 2021.

However, it is far from the only factor. That caution is wearing off as vaccination rates increase. There are more homes available for sale now, even if the number is lower than what it was before the pandemic.

We also need to look at why demand is increasing. If people are choosing to stay put, shouldn’t demand also be low?

One of the reasons few people expected the Brexit referendum in 2016 to come out on the side of “leave” is that British people love investing outside of the country. While they invest in property around the world, most property investment in recent decades has understandably been in countries in the EU.

There are many Bulgarian properties in the hands of British residents, who use them as holiday homes. This is in spite of the fact that the purchase of holiday homes has declined with the rise of services like Airbnb. Younger people are not buying holiday homes any longer as they would rather not be tied down to specific destinations.

Why older British people should be investing in property in Bulgaria at high rates even after a catastrophic pandemic is up for debate. However, there are potential answers that have to do with the approach to travel Bulgaria has taken.

British travellers around the world

When COVID-19 first hit, international travel seemed to be off the table for months on end. Many people suspected that travel might not resume until a vaccine had been found and dispensed to the vast majority of adults everywhere. However, only a few months in, everything seemed to calm down.

Travel resumed long before a vaccine was even close to being developed. It was not only for business or urgent purposes either. Tourism started up again, especially in Europe. Many British people traveled around the world.

Unfortunately, the pandemic was far from over. On the contrary, it reared its head again with what was at first called the “South African” variant. Now mostly referred to as the Beta variant, the new COVID strain turned out to be more easily spread and potentially more dangerous. It wasn’t long before the Beta variant turned up in the UK.

The Beta variant spread quickly in the UK and from there to the rest of Europe. Countries again closed their doors to the world, but especially to the UK.

Since then, we have seen the Gamma variant, and more recently the Delta variant which has seemingly spread more quickly than any of its predecessors. Each of these variants took hold in the UK on a larger scale than elsewhere in Europe.

As such, most EU countries banned travelers from the UK. Bulgaria was among these countries. But as vaccinations became widespread in the UK, various countries took their own approach to let in British tourists.

Bulgaria was among the more lenient countries, allowing fully vaccinated Brits in without requiring a quarantine period. It has therefore become a very popular tourist destination for British people during the peak of the summer.

This is potentially behind the rise in property investments in Bulgaria from British citizens. They were able to travel here and enjoy what the country has to offer, even if they usually would have gone elsewhere.

Part of the reason British people can so easily purchase property in Bulgaria, even in a post-Brexit reality, is that money transfer is easily accessible and far more affordable than it once was. Whereas in the past, you would have spent thousands of pounds on money transfers and poor exchange rates in order to buy a home, there are now private companies who do a far better job.

Companies like XE carry out money transfers with minimal fees. They also provide the best possible exchange rate, whereas traditional banks would always hide extra fees in currency rates. XE money transfers are so easily facilitated now that this no longer has to be a consideration when deciding whether or not to make an investment.

XE Money Transfer supports Lev transfers, and it has been used by many to bring money in from the UK. Other private money transfer companies have also been used, each offering a variation of the benefits that private Forex has over banks.

The easy access British tourists had to Bulgaria in the peak of summer 2021 has certainly impacted the decision of many to buy holiday homes in the country. This is even as the pandemic continues, although the end is in sight.

The trend will likely increase as things get back to normal around the world, and COVID variants become a thing of the past. As tourism grows and people feel more secure in their investments, we can expect to see property in Bulgaria selling like hot cakes.